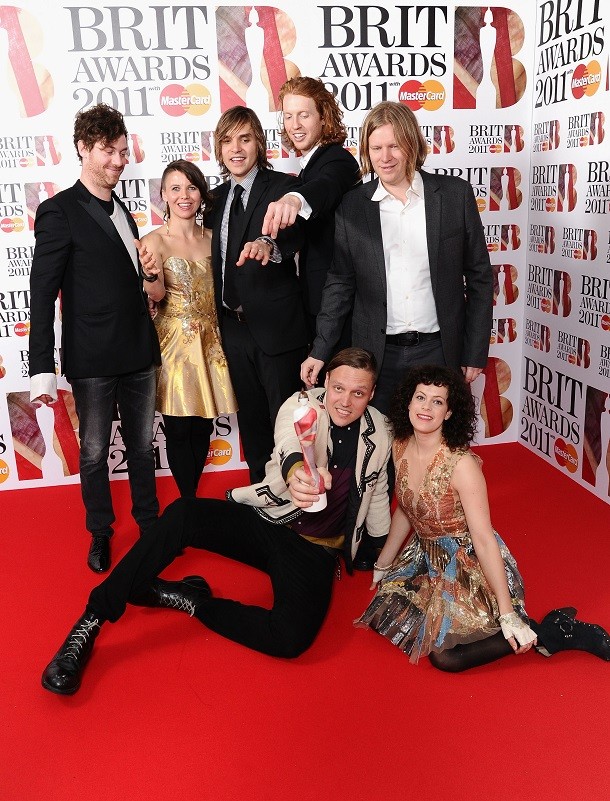 From Arcade Fire to beyond, musicians Sarah Neufeld and Jeremy Gara are more than just pals in a supremely influential indie-rock band (perhaps one of the only groups worthy of the title, too). But, with two solo albums coming out by each individual--and on the same day--the pair talked about their musicianship and what it's like to collaborate.

Arcade Fire is a brand in and of itself, but for the two solo artists, Neufeld and Gara have been etching out their own names on the mountain face. Sure, they are separate pieces in a larger puzzle, but Neufeld and Gara also collaborate with one another.

Speaking in an interview at Noisey, Neufeld spoke of Gara's friendship and presence:

"Well, I think it's kind of an indirect bunch of reasons. But [Jeremy Gara] and I love a lot of the same music, and we get excited about music together. And none of it necessarily sounds like my music or Arcade Fire. So we nerd out on stuff together and he introduces me to a lot of new stuff. I also listen to a lot of ambient music and weird electronic music. We had a moment of glory together watching Slowdive together last summer in Spain. We pull from a lot of the same worlds, so I thought it would be fun to put our heads together and collaborate in a different way musically in a project. We've played together on a lot of different stuff, but this was the first time we got to put our brains together as a little team. And yeah, he is as good as any drummer ever, but it was more about geeking out together."

It's always a pleasure to see that the world a band comes from is one rooted in amicability. As is with some bands in the mainstream, certain groups fail to recognize the cognition of their group and how each person is a facet and detail to the greater product.

Certainly Arcade Fire has a large sound worthy of its 9.7 rating on Pitchfork for their album Funeral, but Neufeld and Gara are showing that while there's a sense of community, it's still safe to wander out into your own world.

Be sure to read the interview and check out the pair below.