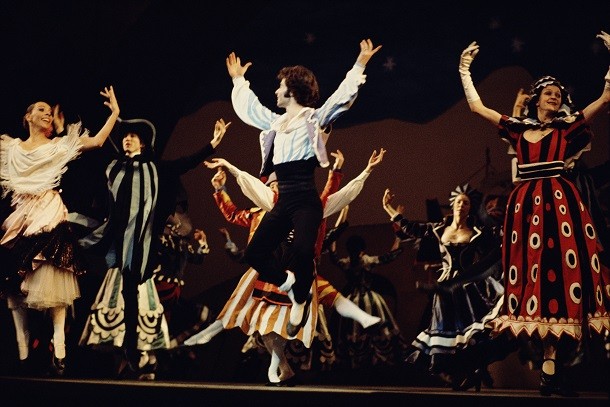 Juan Sanchez (centre) as the Miller in a performance of Manuel de Falla's ballet 'The Three-Cornered Hat', circa 1965. (Photo : Erich Auerbach/Hulton Archive/Getty Images)

Beginning this week, March 30, the New York Philharmonic will premiere Spanish Nights, a tribute to Massenet and Falla. The program will feature music from Le Cid and Falla's illustrious Nights in the Garden of Spain and The Three-Three Cornered Hat proper and will be conducted by Bramwell Tovey.

Paying homage to the works of one of Spain's archetypal composers, with a Frenchman interspersed, the New York Phil will premiere renditions of these great artists with flamenco dancers and resounding stage set ups. A poetic transformation, Spanish dances and folk melodies will help transport the audience to a palace garden.

"Perfumed palace gardens. Gypsy tunes. Dancing late into the night. The New York Philharmonic whisks you away to a night in Spain with Manuel de Falla's lush Nights in the Gardens of Spain. Plus castanets, a village love triangle, and flamenco in Falla's ballet The Three-Cornered Hat, and a tour of beguiling Spanish dances in Massenet's Le Cid."

The evening will see performances from pianist Joyce Yang and mezzo-soprano Virginie Verrez. Debuting this Wednesday, the concert series will run until April 5 with a Satuday matinee on April 1.

As is par for new and big productions at the Philharmonic, an open rehearsal is scheduled for Wednesday, March 30 at 9:45 a.m. and will only precede the opening night performance. Featured before every night, however, is the Pre-Concert Insights series at the Helen Hull Room with Victoria Bond.

Be sure to pick up your tickets at the New York Phil website and preview a performance Ms. Yang with violinist Augustin Hadelich in the meantime below.