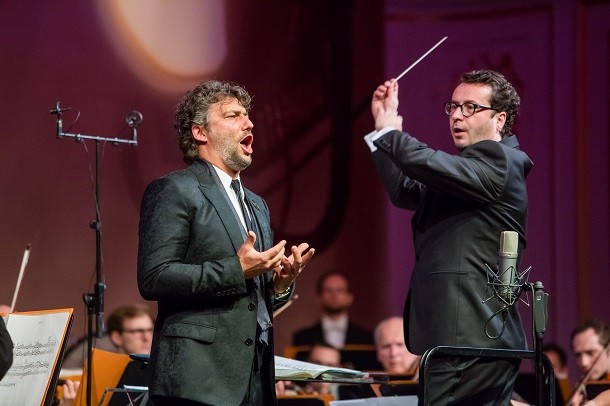 He has pulled out in the past so it was worth believing, but world famous tenor Jonas Kaufmann has announced that he has no plans of cancelling his 2017 performance schedule. A story published in La Nacion claimed Kaufmann was bowing out of his engagements though, as his Facebook reads, that is completely untrue.

In the March 27 article, it was posited that Kaufmann, due to undisclosed circumstances, would be pulling out of his 2017 performance calendar. However, an obviously upset Kaufmann and company took to social media and Kaufmann's website to air their grievances and, of course, set the record straight.

"All the information contained in the article published in "La Nacion" on March 27th ('Jonas Laufmann tiene un serio problema de salud') is completely untrue.The writer is not well informed as Mr. Kaufmann just appeared in a solo all Puccini concert in Prague on March 16 which was acclaimed with standing ovations. He also did a private concert in Vienna on March 19 and appeared on March 21 as soloist with the Berlin Staatskapelle and Daniel Barenboim. Furthermore, Mr. Kaufmann is looking forward to appearing in all his engagements for April as well as all of his other future engagements."

Perhaps Norman Lebrecht put it most simply: it's worth noting the tenor's reaction to a banal newspaper's claim. Like he pointed out, for Kaufmann to react so quickly and publicly on a Christian holiday, and to be perturbed by an obsolete paper's claim from across the world, means there must be some kind of back story to the ordeal.

That story, however, is an unjustified claim and merely conjecture.

All we know is that Kaufmann will certainly be showing up to his 2017 engagements thus far. And with an astounding all Puccini concert on in the bag for this month, it's certain that there is nothing preventing him from moving forward.

Dispel the rumors with a remarkable performance from the singer below.