Enter the 'Arctic' with Ratatet on Ridgeway Records [REVIEW] 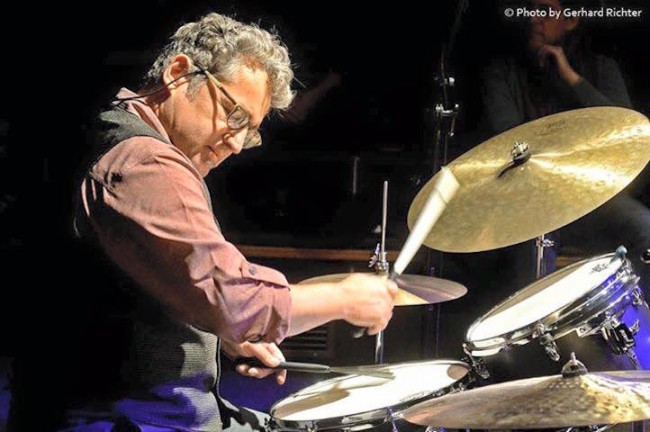 It gets to the point where sound itself becomes key, relegating genre to a mere footnote. For too long, us scribes have sharpened our pencils depending upon whether the art in question is bop, blues, swing, fusion, rock, pop, folk, blah blah blah. Hello Ratatet! Ratatet's Arctic debut (Ridgeway Records) comes out of San Francisco fully formed. OK, fine, hold a gun to my head and I'll have to admit it's jazz. But with a front line consisting of trombone and electric bassoon, the SOUND is so scintillatingly different and passionate, let's for once throw away the concept of genre, shall we?

So with that oddball front line, add a mellifluous vibraphone to caulk up the spaces in-between. Then add a myriad of keyboards, tenor sax, bass, drums and, on the last track, a cello plus, none other than special guest Paul McCandless from the jazz-rock pioneers in the band Oregon, playing English Horn and oboe and you have Arctic, one monster debut.

The visionary behind this conglomeration is drummer, arranger, bandleader, composer Alan Hall whose 11 compositions reek with style, flair, and a healthy sense of the unknown. The longest track, "The Marriage of Arnolfini," is only 5:25 so just as you're sucked into his miasma of cloudy mysteriousness, you're on to the next track. The title track is moody and pensive while "Red State Blue State" and "Electrick" are rhythmic. Paul Hanson is the bassoon man and his unaccompanied Coltrane-style ramblings serve as an intro to "Gataxi."

Do you dare enter the Arctic? Dress accordingly.