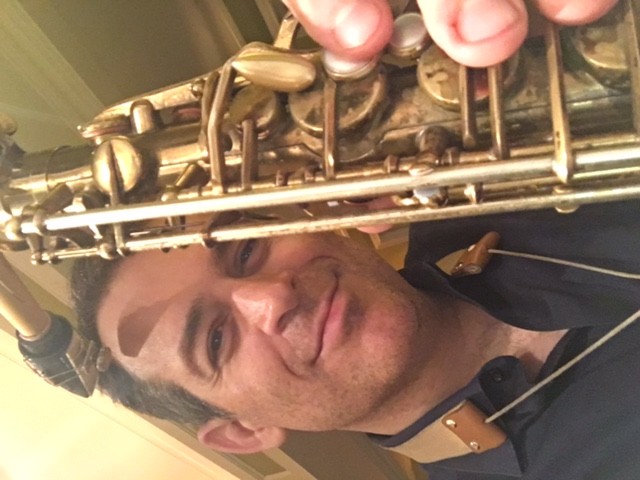 Calhoun's from metal band Living Colour. Purrone's played with Jimmy Heath. Anderson has drummed for Regina Carter and Art Garfunkel. But it's the show of New Yorker Criscuolo. Building on his last CD, 2015's Headin' Out, he's a hard post-bopper filled with swing too and, every great once in awhile, isn't against a few crazy squeaks, squeals, blips, blaps and honks like the avant-gardists. But he's no crazy. He knows which side of the bread his butter is on so he keeps it hot, enticing, entertaining and ultimately, satisfying.

He wrote "West Haven Knock Around" with guitarist Purrone who shines on this track dedicated to the Connecticut studio, Horizon, where this was recorded. Sounds like a jam that was edited afterwards. The title track is first and goes through a myriad of convoluted changes. Purrone also co-wrote "A Child's Dream," yeah, a dreamy wisp of a cloud that serves as the 'Trane intro. Closer "Ronnie's Tune," at 6:44, is the longest jam on the CD.

Criscuolo has been in the bands of David Murray, Harold Danko, Steve Davis, Rich Perry and Larry Willis. He's a seasoned vet who can shift his tone to whatever the piece in question calls for. It's this kind of eclectic modernism that keeps his phone ringing.