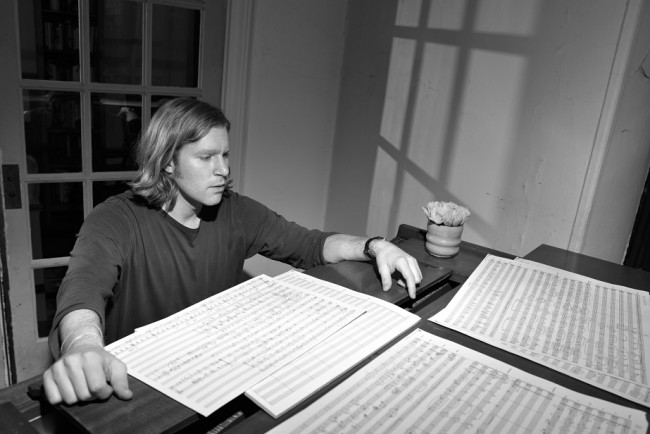 Big bands are making a comeback, if not on tour because of the expense, at least on record. There's been a slew of such recently and Musings (Sunnyside Records) by the Christopher Zuar Orchestra, is one of the best.

New Yorker Zuar, 29, is a curious cat. Raised on Long Island, he studied trumpet at the New England Conservatory but soon switched to his one true love: composition, for which he wound up receiving a Masters from the Manhattan School of Music. His mentor Mike Holober, the talented pianist/composer whose own Balancing Act incorporates some of the same kind of vivacious capacity for experimentation, says Zuar writes like Bob Brookmeyer and Herbie Hancock of the jazz world plus Stravinsky and Scriabin from the classical.

Highlights include the Bach-influenced "Chaconne" whereby he takes Johann's storied contrapuntal style and refashions it in a modernistic dress, and "Vulnerable States," an almost confusing confection of sweetness, irony and bitter herbs to convey a time in his own life when he was in crisis (we know not exactly what kind of crisis other than the fact that his press materials say "existential.")

The soloists are, in a word, fantastic. With all the hubbub going on around them, they still succeed in creating personal statements. Jason Rigby is a monster on soprano saxophone. Frank Carlberg is a dizzying pianist. And dig that oboe solo by Ben Kono on "Lonely Road."

There's a lot to go back to on these Musings. Repeated listenings bear strange fruit, strange but wonderful.