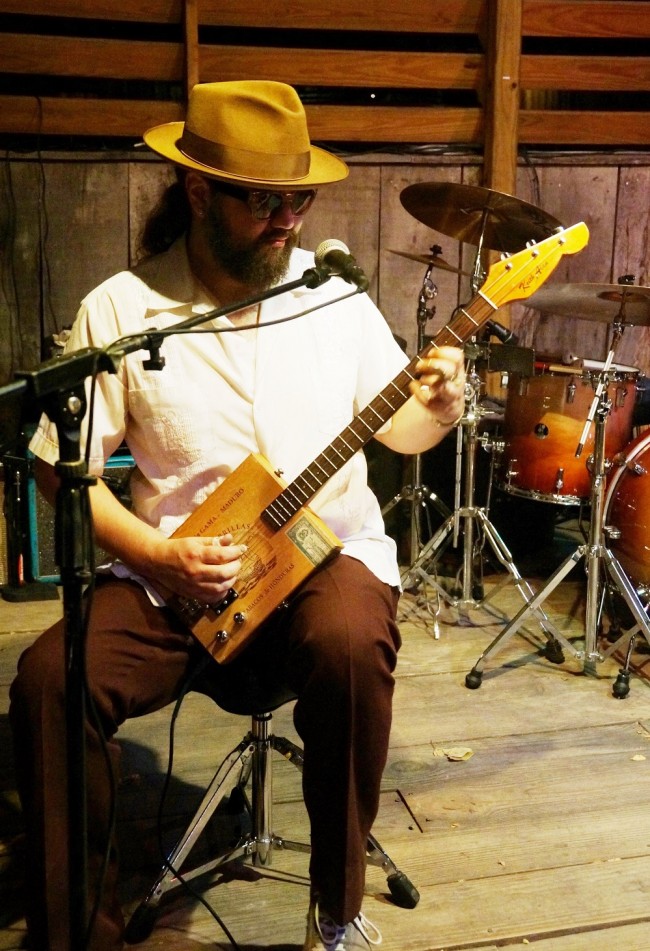 Josh Davidson is The Mighty Orq. The Houston-based singer/songwriter/guitarist/producer/arranger/bandleader has been at it for 13 years. On his Connor Ray Music debut, he leads his band-drummer/percussionist/mandolinist Jimmy Rose, organist/pianist/accordionist Barry Seelen and bassist Terry Dry right smack-dab into Love in a Hurricane.

Original Mississippi Delta bluesman Son House [1902-1988] wrote "Death Letter Blues" as a young man but had he heard Mighty Orq's version here, he'd probably smile at its low-key almost scary vibe. Conversely, fellow Texan Freddy King [1934-1976] wrote "Pack It Up" as an upbeat ode and if he could hear Mighty Orq's flat-out shout, he'd start twitching just like I did when I went to turn that sucker up and dance around my boombox.

Still, it's on his originals where he packs the most potent punch. Whether he's demanding "Let Me Have My Fun" or begging "Carry Me Home," his sweet soul combo of voice and guitar dominates the proceedings. He plays a multitude of guitars as he switches from his signature cigar-box (pictured above), and a blistering electric to his trusty acoustic, resonator and Weissenborn lap slide that lays horizontally across his knees. Each ax has its own particular sound and style and Mighty Orq is proficient on each, depending upon the dictates of the composition.

And that's just it with this maturing musician who used to bang out the blues like nobody's business. Now, his blues are carefully constructed, each in service to the song. The rockers, the soul-gospel, the backwoods blues, the folksy singer/songwriter stuff (see video below) and the Southern Rock elements all coalesce to make Love In A Hurricane actually seem like it's not dangerous -- and something you'd want to experience over and over again.