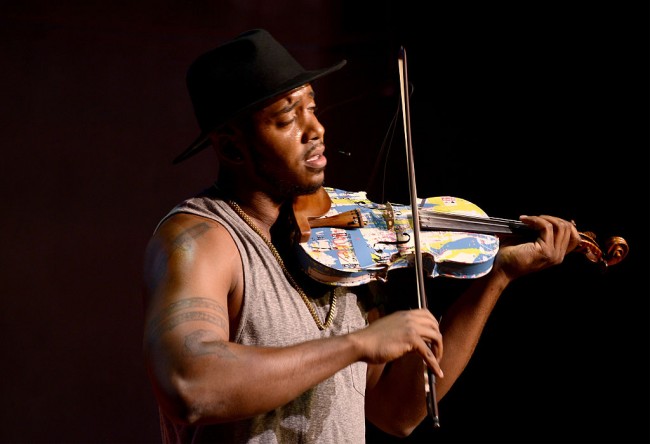 Damien Escobar, a classically trained violinist with the pedigree of a pop star, is changing the way classical music fans think about the instrument.

Hailing from Jamaica, Queens and educated at the prestigious Juilliard School of Music, the musician now performs for arenas full of devoted fans. Renowned for his "soulful" instrumental style and inventive violin covers of popular tunes by the likes of Adele or Prince, Escobar has tasted the type of fame bestowed on those artists.

Accepted into Juilliard at only 10 years old, the violinist was considered a classical wunderkind. He graduated at the astounding age of 13. In a quote from Escobar published by CBS New York, he recalls how he fell in love with music at first "note":

"I knew it when I first laid eyes on it. I call it love at first note. I fell in love," Escobar said. "I didn't realize I was different until I was walking down the block at 9 years old banging my head to Bach."

Beyond his progressive mastery of the violin, Escobar is also committed to giving back to the community. Dismayed by the current state of music education, the musician founded a nonprofit organization intended to instill music appreciation and offer instrumental instruction where it is most needed:

"Music programs are non-existent in schools. My non-profit, 'I am Me,' puts music programs back into schools. So this Fall, I am kicking off an initiative with 20 NYC public schools. I'll turn high school and middle school auditoriums into Madison Square Garden, I'll do a concert, and I'll bring basketball players from the Knicks and Nets, so that we can empower kids to embrace their unique self."

Escobar previously performed with his Brother, Tourie, in chamber group Nuttin' But Strings. The two made waves on the classical music scene, performing on numerous talk shows and even for President George W. Bush at the White House. The pair broke into the mainstream with their appearance on the third season of NBC's hit show America's Got Talent.

Below, watch Escobar's tribute to Prince with a cover of the artist's "Purple Rain."

Reportedly, Damien Escobar is currently at work on a new solo album set for release later this year.

We want to hear from you. Let us know what you think of the violinist's work in the comments section below.