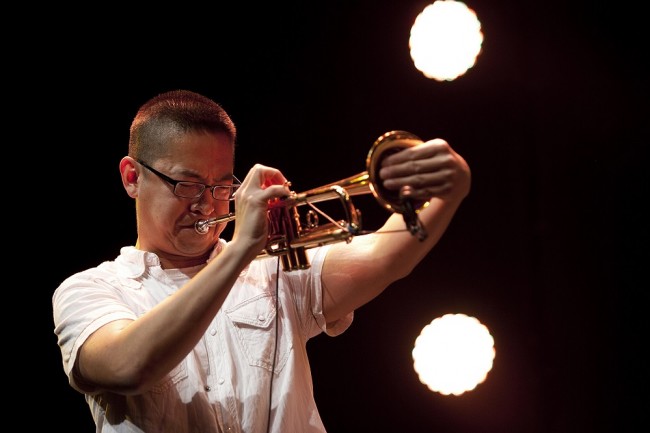 Guitarist/composer Pat Metheny has always loved to jam with those who could match his unending enthusiasm, inventiveness and chops. To that end, he's performed/recorded with the likes of Ornette Coleman, Steve Reich, Charlie Haden and Brad Mehldau. Now, the Cuong Vu Trio Meets Pat Metheny (Nonesuch) on a dense seven-track meandering adventure.

The recipient of 20 Grammys in 12 separate categories over the course of 30 years, Metheny, whose band-The Pat Metheny Group (founded in 1977)-holds the record for the most consecutive Grammy Award-winning releases (seven), has met his match with Vu. Who? Vu! Dude's played with Bowie! A graduate of the New England Conservatory, this is his ninth CD as a leader. He's been a mainstay within the Pat Metheny Group on trumpet and is currently an associate professor in jazz studies at the University of Washington.

Bassist Stomu Takeishi fortifies his electricity with electronics. Sure, he holds down the bottom, but he also loops his bass electronically, almost like what Jaco Pastorius was getting into towards the end of his life. Ted Poor, according to Metheny, is a drummer's drummer who can alter his style, approach and feel to whatever the task at hand requires. He shines on opener "Acid Kiss" yet lays back unobtrusively on closer "Tune Blues."

Iconoclast Vu writes complex circuitous inventions ("Telescope") that test the limits of not only his bandmates but the listener as well. Not meant as background music, unless you concentrate and lose yourself in his mix'n'match melodies and their not-so-obvious harmonic constructions, you will not hear what he's puttin' down. Go put on some Kenny G if you want background music. This stuff, when turned loud enough, is foreground entertainment for hipsters, daddyo. The more you listen, the more you derive its singular essence: freedom. In the hands of the wrong folks, that could mean obtrusive cacophony. In the hands of masters like these, it could only mean entangled--and enlightened--bliss.