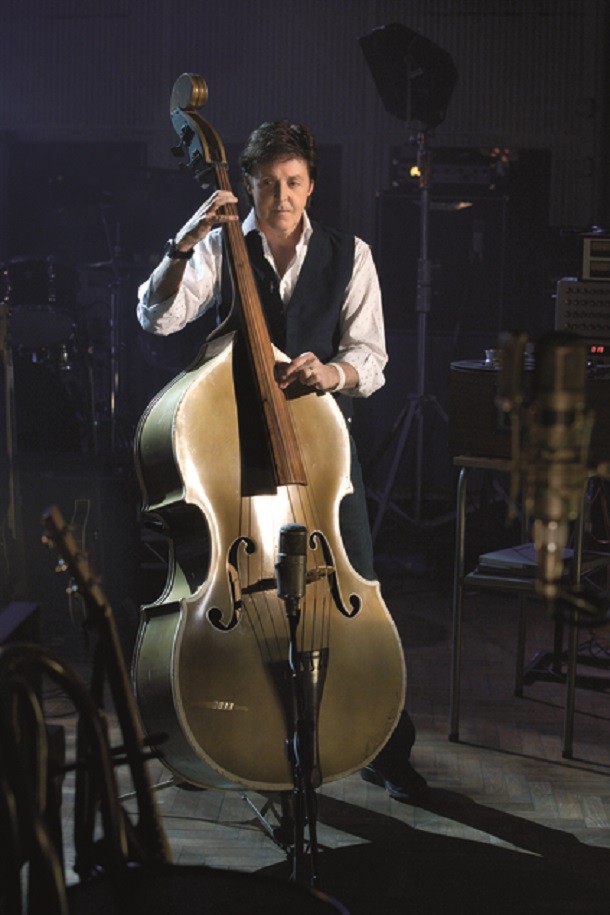 From his 1970 self-titled solo debut to last year's "Say Say Say" remix, the four discs of Pure McCartney (Concord Music Group) are testament to 1) Paul's staying power (his most famous band started in 1959); 2) his unerring melodic, harmonic and rhythmic perfection that time has yet to dim; 3) his vocal warmth like hearing an old friend who makes you smile, and; 4) his willingness to apply his brand of rock'n'roll flair to just about any genre and still be Paul.

The songs here take in all the curves and surprises of a career for the ages. This means 2012's "My Valentine," 2014's "Hope For The Future" and even the '90s avant-garde band he played in with Martin "Youth" Glover (the bassist of Killing Joke) called The Fireman (they released two CDs in '93 and '98).

Forty-one out of these 67 songs were hit singles. Yeah, they're all here. Paul picked 'em out, making sure to put in a few oddballs and leave out The Beatles. Sometimes the passage of time dilutes the memory so even a song so overplayed in 1973 as "Band On The Run" by Wings sounds compositionally fascinating today as it's really three songs in one. Time has also softened my original dislike for "Temporary Secretary," an electronica experiment run amok that 36 years after its release is now first starting to sound pretty damn good.

So while the Beatles enjoyed eight years in the limelight, solo artist Paul has enjoyed 45 years. One of the joys of this boxed set is that it is not sequenced chronologically. It's best enjoyed not knowing what's next and letting a mild shock-of-recognition start each track.

How refreshing it is to hear some of the deeper cuts like "Winedark Open Sea" (from 1993's Off The Ground) and "Big Red Barn" (from 1973's Red Rose Speedway) right next to some of the monster hits. Although his voice has been subtly altered by time, he still hits most of the notes, and is a major 2016 concert attraction, regularly performing 36 songs in three hours at the age of 74. Dude's an athlete!

Here, oftentimes the songs span 15 or more years apart but, in a delicious way, sound perfectly reasonable right next to each other.