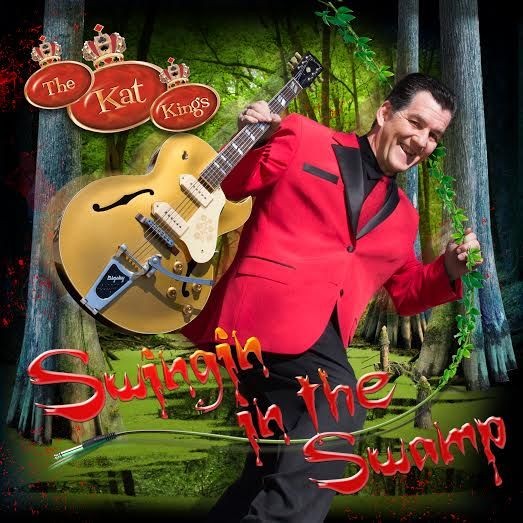 'Swingin' in the Swamp' by The Kat Kings (Photo : courtesy of the band)

Kat Kings leader Kevin McQuade was on tour supporting 2011's The Winning Hand debut when he got the news that his daughter was near death from a car crash. Leaving the road, he wrote "It Came From the Swamp" while in a hospital waiting room, one of 13 tracks from The Kat Kings' self-released raucous Swingin' In The Swamp follow-up.

The Toronto sextet burns through rockabilly ("B-Flat Cat"), gospel ("Before I Found Him"), balladry ("I'm Just a Shadow"), rhumba ("Late Night Thing"), rock'n'roll ("When I Say Jump"), blues ("I Got the Fuse"), and soul ("I Work for You") all put through a swing blender. Plus, McQuade, who wrote everything, sings 10 of 13 and plays guitar, calls some of his songs "bluesabilly." You have to hear it to understand.

Inspired by the wicked Wilson Pickett, McQuade's characters cannot be soon forgotten, like the dude wearing a sharkskin suit named "Juke Joint Jimmy" who used to hang out all the time at Grossman's Tavern where McQuade has admittedly put away gallons of hooch. Other songs follow the Springsteen aesthetic of fast cars and good-looking women.

It all ends with the admonishment "Baby You Can't Drink," which, I hear, is a lascivious true story too long to recount here. If you're lucky enough to see these boys in a bar, ask McQuade to tell it to you. If you buy him a drink, he just might.

'If You Were Gold Baby,' Gus Spenos Would Give You a Whirl on Wild Self-Released CD [REVIEW]