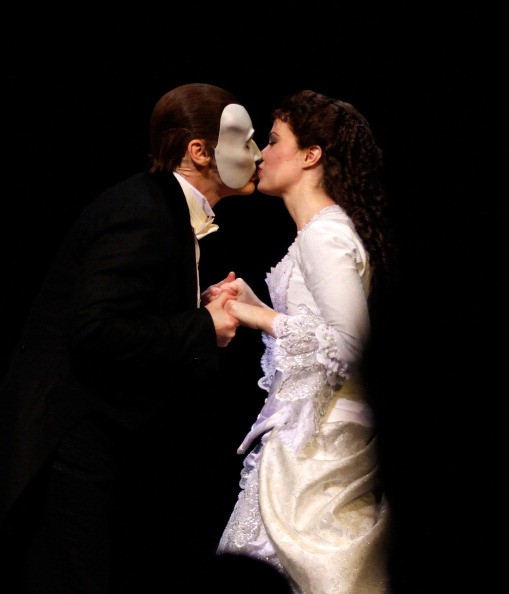 One of the first questions Broadway fans tend to ask one another is, "What was your first show?" For many musical theater lovers, that first show was what hooked them on the spectacle and excitement of Broadway. Because of that, choosing your first Broadway show -- or the first Broadway show to bring a date or your family to -- can be a daunting decision with more than two dozen productions on Broadway during any given time.

Unfortunately, it's often hard to get affordable tickets to some of the best shows and it's easy to find cheap tickets to the not-so-good ones. The last thing you want to do is spend money on tickets to a show you won't enjoy. These five crowd-pleasers are productions that would each be great for a Broadway first-timer and even for veteran theatergoers who haven't gotten around to seeing these particular shows yet.

The Phantom of the Opera

School of Rock - The Musical

Not everything Andrew Lloyd Webber writes sounds as grandiose as The Phantom of the Opera. His latest work is School of Rock - The Musical, which is based on the 2003 comedy film starring Jack Black. A big hit on Broadway since opening in 2015, School of Rock - The Musical features dozens of some of Broadway's youngest talent actually playing their instruments alongside the energetic Alex Brightman, a critical favorite who was nominated for the 2016 Best Performance by an Actor in a Leading Role in a Musical Tony Award for his performance as the slacker-turned-success Dewey Finn. If you're bringing children to a show, they'll likely love seeing kids their own age rocking out on stage -- but that doesn't mean School of Rock is just for kids. Fans looking to snag tickets to School of Rock are encouraged to purchase directly through Telecharge, where tickets range from $59-$165.

Disney appeals to people of all ages, so you can't go wrong with any of Disney's hugely successful Broadway musicals. Since opening in 1997, The Lion King has become the highest-grossing Broadway musical in history and it's not hard to see why it's been so successful. While The Lion King on Broadway is visually distinct from the animated classic -- many of the characters and background animals are brought to life via extraordinary puppetry -- the musical follows the story of the 1994 movie very closely and features all of the Elton John/Tim Rice songs that you probably already know all the lyrics to, plus more. Though you likely already know the story by heart, that doesn't mean it won't be a good time seeing the Disney classic brought to life. Tickets for The Lion King average $244 on the resale market.

Though it trails The Phantom of the Opera by eight years, Chicago is the second-longest running Broadway musical of all time and is among the most successful musicals of all time. This Prohibition-set musical about gangsters and dames remains one of the signature attractions on Broadway, and well-known stars from television and film regularly do stints in one of the lead roles in the cast. "All That Jazz" is one of those Broadway songs that even people who have never seen a musical in their life have heard, and that's just the show's first number. Tickets for Chicago can be purchased directly through Telecharge, where prices start at just $49.50.

TagsPhantom of the Opera, Chicago, School of Rock, The Lion King, Carole King

Tickets to 'Shuffle Along', 'Fully Committed' & Other Broadway Shows Won't Last Much Longer