Be Forewarned: Nothing Is What it Seems on 'Shelter', Sebastian Noelle [REVIEW] 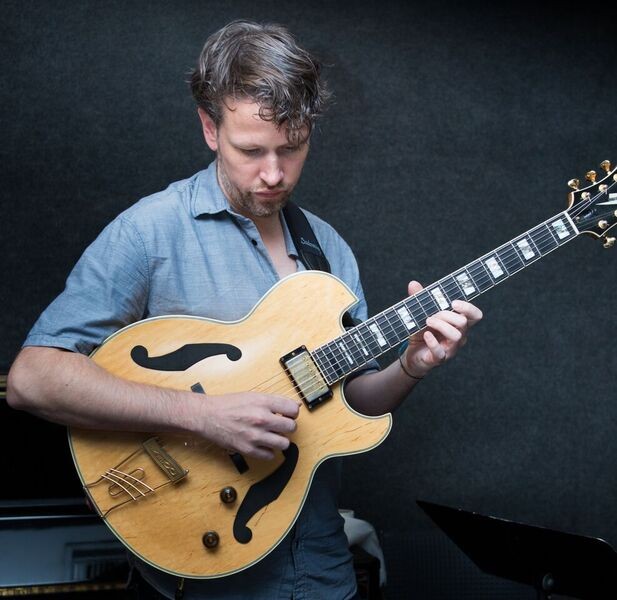 Nothing is what it seems on guitarist-composer Sebastian Noelle's Shelter (Fresh Sound New Talent). Its 10 original quintet tracks in 67:43 surprise and delight when they all seem to morph into something different, many in mid-tune! No two sound alike.

Noelle reaches for two rhythms that seem to duke it out during "Home in a Strange Land." He uses distortion like a hard rock star before "Rolling with the Punches" ends meditatively. Influences as varied as German literature, Brazilian composer Hermeto Pascoal and ragas from India butt heads in this free-wheeling montage of sound.

Noelle, a transplanted German living in New York City, is a veteran of the BMI Composer's Workshop Orchestra and the New York Jazzharmonic. He's amassed the kind of players who can effectively support his carnivalesque mindset: saxophonist Marc Mommaas, pianist Matt Mitchell, bassist Matt Clohesy and drummer Dan Weiss. They best be on their toes -- and they are! -- because Noelle is a shape-shifting mutant like The X-Men whose chameleon-like propensities demand precision. Take "Unlikely Heroes," for instance. It's more than just an ode to Hermeto Pascoal. It's also a dizzying example of stilted rhythmic craziness.

Do you dare jump into "Mirror Lake"? The water looks so placid and inviting. You're in up to your shoulders when the water around you starts quivering as if a shark has taken up residence close to your submerged toes. The water starts getting hot, bubbling over with a frothy danger. By the time the track ends, you're lucky to be alive. How cool is that? This is the essence of the ironically named Shelter. The trick of having tracks start one way and end another is so much fun, you're almost disappointed when "Another Spring" and "Day Off" are two lovely respites from the adventures.

"Naphta vs Settembrini" is another duality housed in a conundrum. Taken from Thomas Mann's 1924 novel The Magic Mountain, it squares off against itself with a dichotomy representing Mann's intellectual premise of a Socratic dialogue between his two characters that make up the title of the track.

Tough to pick a highlight but the two have to be "Ahir Bhairav" and "You'll Never Know," the former based on a Raga from India and the latter informed by British prog-rocker Allan Holdsworth.