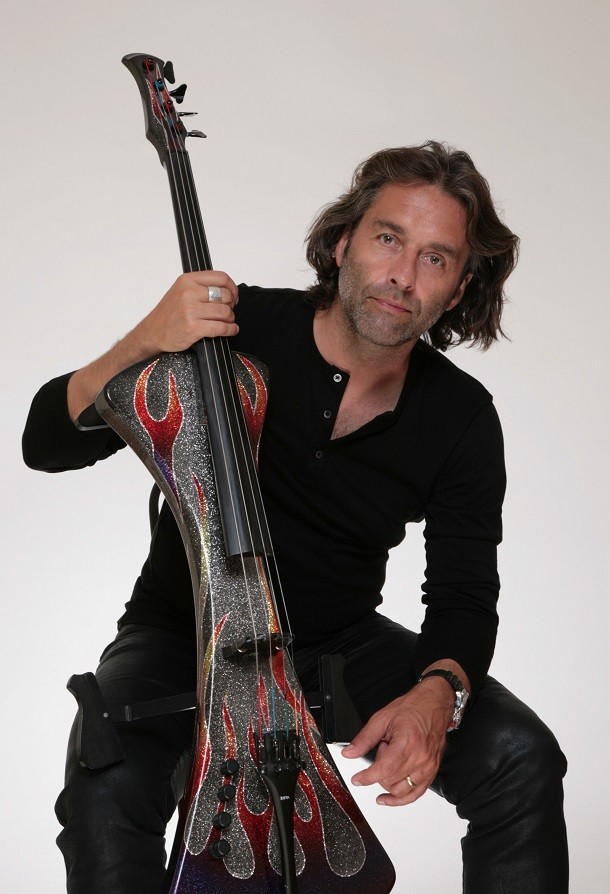 Martin Tillman's instrument is the electric cello. His resume is power-packed, which is why he has members from the bands of Elton John (guitarist Davey Johnstone), Frank Zappa (drummer Vinnie Colaiuta), James Taylor (bassist Leland Sklar) and Toto (keyboardist David Paich) on his self-released Superhuman.

Mostly known for movie work, he's appeared on over 120 film soundtracks-including such big-buck bonanzas as The Da Vinci Code, Hannibal, Black Hawk Down, Batman and Pirates of the Caribbean-ever since he landed in Hollywood from his native Switzerland. In fact, Superhuman sounds like a soundtrack to a movie that doesn't exist.

It rocks in places, it goes EDM in others (electronic dance music). There's classical motifs, sumptuous pop sections, funk moments and, through it all, there's that slithery slippery electric cello be it plucked or bowed.

Influenced by the artists he has backed up in his illustrious career like Sting, BB King, Elvis Costello, Ricky Lee Jones and Beck, his is a worldview of renaissance proportions. In fact, the fun of Superhuman is not knowing where he's going to go.

From the opening "Notes Towards The Universe" to the closing "The Invisible Shield of Strings and Bows," with stops along the 11-track trip for "Cracked Diamonds" and "Involuntary Midnights," Tillman mixes and matches sounds like beat poet William S. Burroughs used to mix and match words.

It was electric violinist Jean Luc Ponty who advised him to forego classical acoustic cello for the pleasures of electronica. Peter Gabriel's Passion album also helped. Producer David Foster asked him to appear on Chicago 17. Air Supply asked him to be in their touring band for South America and Australia.

To Tillman's credit, he has assimilated all of these pop influences into a cohesive whole of instrumental space-age niceties for the whole family. Don't knock it 'til you've tried it.