Spend 'Every Hour of the Light and Dark' with Euro Sax Man Christian Weidner, Pirouet [REVIEW] 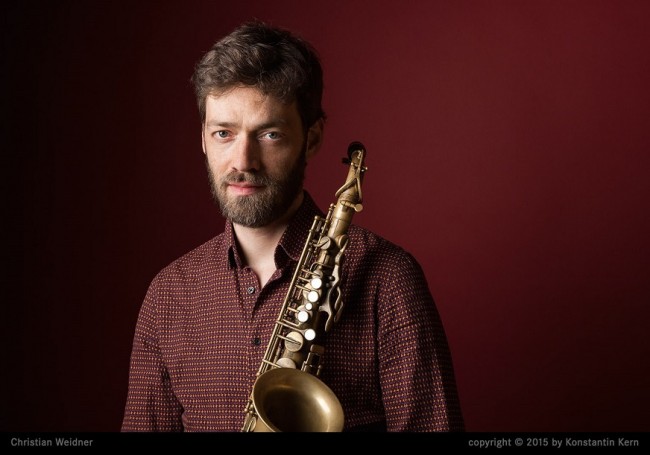 German saxophonist Christian Weidner's influences are as much classical as they are jazz. (Photo : Konstantin Kern)

Christian Weidner's alto saxophone flies over the piano/bass/drums rhythm section of his groundbreaking quartet on Every Hour of the Light and Dark (Pirouet Records). It's a heady concoction whose circuitous road is so delicious that while the destination remains unknown, it's the getting there that's all the fun.

Considered by Euro press as among the best on their respective instruments, pianist Achim Kaufmann makes his considerable presence known early on. Bassist Henning Sieverts is a composer and a leader in his own right whose Double Quartet has already expanded the boundaries of progressive jazz in his native Germany. Samuel Rohrer's drumming has been described as melodic. Can drums be melodic? Apparently, so, as the preceding hyperlink attests.

Still, it's Weidner's game (he wrote all eight tracks) and you'll hear vestiges of Shorter and Coleman in his playing as well as Bach and Stravinsky. Much more accessible than those way-out avant-gardists, he still maintains an affinity for the oddball, just enough to spice up his sound with surprise and syncopation.

The title comes from a poem by Walt Whitman ("Perfect Miracles"). "Weightless" bespeaks a quiet elegance. "Fuzzy Membership" seems betwixt and between, caught in a gauzy shadowland that's not of today but not yet tomorrow. "Dance Fantasm" has the band orbiting around the main theme like a spacecraft running low on fuel. There's the possibility of a crash landing at its end, but, again, it's the flight itself that's important. It's no accident that what follows is "In Memoriam," the longest track at 8:13, so maybe "Dance Fantasm" crashed after all and everybody onboard has been reduced to floating debris in outer space.

These are the thoughts one goes through Every Hour of the Light and Dark.