Peggy Stern's 'Z Octet,' Estrella Prod.,Refuses to be Pigeonholed Into Any One Genre [REVIEW] 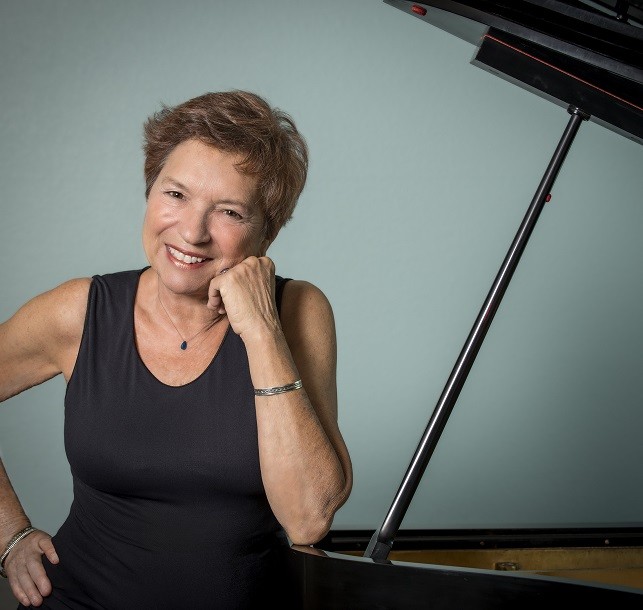 Peggy Stern is a musician's musician. She's made her mark in Philadelphia, San Francisco, New York City, Europe, Seattle and now Austin (where she's embraced country music; see embedded video). Her multi-hued musical worldview also includes classical, salsa, Latin rock, jazz and R'n'B. Her new Z Octet on her own Estrella Productions label veers classical as a suite in 10 movements. To that end, she's enlisted musicians like cello virtuoso Ilia Delarosa from the Dominican Republic to go with her piano and such colors as flute, clarinet and trombone, all anchored by bass, drums and even vocals.

Yet it's her solo piano treatise "Time @ Time/Hymn" that steals the show. Taken from melodic fragments of the 1947 standard "Time After Time," it's a fascinating unraveling and putting back together of a song that's been ingrained in our collective DNA for 69 years.

"The Elephant's Tango" opens on a flurry of notes. The following "New Year's" is akin to an Americana anthem complete with vocals ("since the dawn of time we like to live in fear"). The only other track with vocals is "Caterina/Isabela." Sung in Italian by Suzi Stern (no relation), it's the true story of a woman from the pianist's River Jazz Choir killed in a car crash nine months pregnant and of the baby who miraculously survived ("when the young play/it's the simple truth that every bell wants to ring/Listen! You can hear it/The sound of every distant star in the sky lighting our way").

Peggy Stern has taken from her experiences playing in the bands of Eddie Henderson, Machito and Lee Konitz to weave a very special tapestry of indefinable music that bobs and weaves like a boxer named Ali.