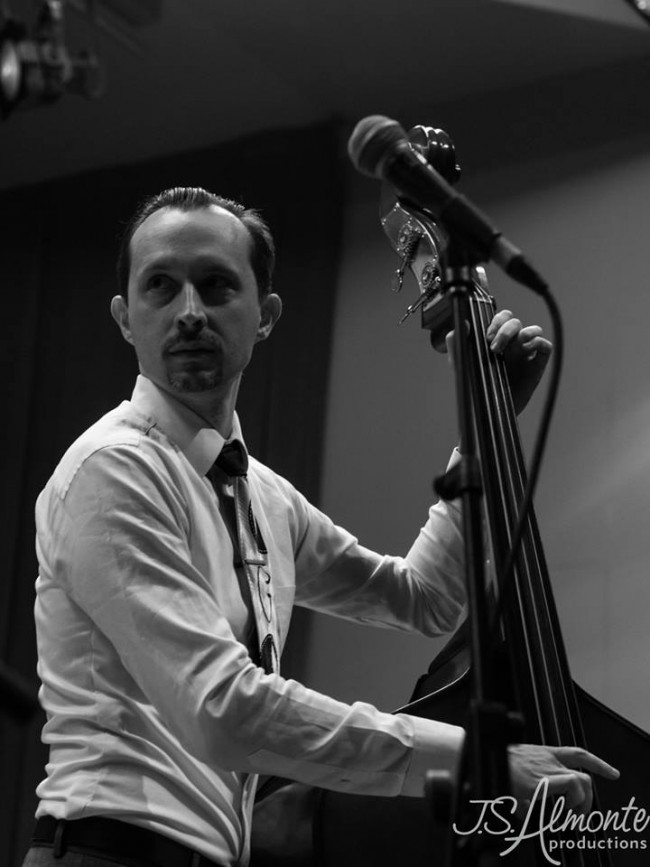 Swing's the thing! Before the grandiose joyousness of solid 1930s swing music got overtaken by bebop in the 1940s and rock'n'roll in the 1950s, swing was, indeed, the thing. Such progenitors as Benny Goodman, Duke Ellington, Artie Shaw and Count Basie toured the country with their orchestras until it just got too damn expensive to travel with such a retinue and they all died out like dinosaurs. Although swing dancing made a 1980s comeback, it didn't permeate the culture. Nowadays, though, such bands as Svetlana & The Delancey Five and Vince Giordano & the Nighthawks party like its 1939. The self-titled debut by Michael Gamble and the Rhythm Serenaders (Organic) now ties it all up in a pretty package.Turn back the clock!

This is dance music. Back in the day, the dance was the Lindy Hop, named after the hop across the Atlantic by Charles "Lucky Lindy" Lindbergh. Now there's swing dancing competitions and social events all over the country. Gamble runs one of the biggest ones in his Asheville, North Carolina home town. It's a five-day festival called Lindy Focus.

The great thing about these songs is that they're action-packed movers, bluesers and ballads recorded on state-of-the-art equipment using modern engineering techniques proving, once again, that swing is still the thing.