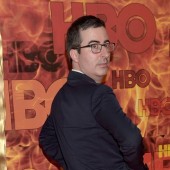 John Oliver is a misogynist, or so some might have you believe. The white cis male host of HBO’s 'Last Week Tonight' with John Oliver is being asked to step down from his postion in a new Change.org petition. This petition, either a work of satire or sincere call to action, seeks to have Oliver replaced with a woman instead of asking HBO to also make a show with a female host. 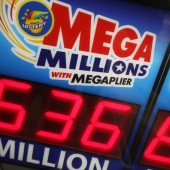 There was no winner for this week’s Mega Millions lottery drawing. That means that the all new jackpot total for tonight’s (June 19) game are on the rise once again. Check the report below to see how big they are before you buy your tickets. 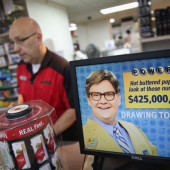 There was no winner for this week’s Powerball lottery jackpot, meaning tonight’s all new total has risen past the $50 million mark. Check the report below for a look at tonight’s (June 13) game as well as a look at the coming Mega Millions drawing. 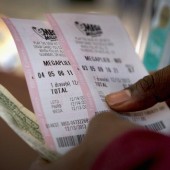 The winning numbers for the Friday January 9, Mega Millions lottery drawing are in. Check the result report below to see if you won the massive $221 million jackpot.

No one won this week’s Mega Millions lottery drawing, meaning that the all new totals have shot back up close to the $100 million mark. Check the report below to see just how large tonight's Mega Millions prize has gotten.

The results are in for tonight’s whopping $127 million Powerball lottery drawing. 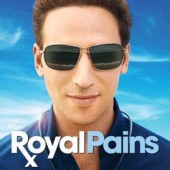 The Season 6 finale of USA’s 'Royal Pains' is just a few hours away, and talk of Season 7 has already started. Check the report below to skip ahead and see what is in store for HankMed next year. 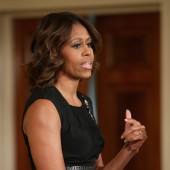 Well Michelle Obama is apparently back at it, telling us what can and can’t eat again. No only is The First Lady reportedly hand picking what our children will be eating for lunch each day, she is genetically modifying our meals with help from the monsters at Monsanto. That is right, Lady Obama is teaming up with Cobra Commander (Cobra Commander is the head of Monsanto by the way. OK! So Serpentor is real head and Cobra Commander is right hand man. But CC makes all the day to day decisions. Well Destro does some of the leg work, but we are getting off subject.) There is a new report from ‘The Daily Leak’ claiming that Michelle Obama and Monsanto have teamed up to force feed your kids mutant crops. This is almost too unbelievable, like is was really some internet hoax from a satirical website...But that can’t be it, can it? 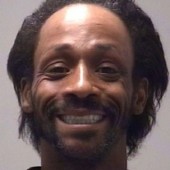 Comedian and pimp enthusiast Katt Williams reportedly flipped out a heckler at The Comedy Store in West Hollywood. According to reports, pulled a gun an audience member who allegedly made fun of his height and race. Apparently Williams had it up to here (gestures low) with short jokes, and proceeded to pull a Michael Richards...Reverse Michael Richards? Where is Urban Dictionary when you need them. 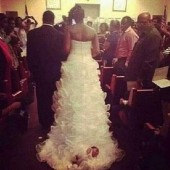 We have heard that every bride needs something old and something new but this is just ridiculous. A Ripley, TN couple’s wedding made national news when pictures and the videos of the brides wedding dress hit the internet. Beside for the fashion faux pas of the obvious non-virgin wearing white to her wedding (totes inappropes), the blushing bride also decided to attach her new born baby to the train of her wedding dress. The woman has been panned by internet commenters who call her a bad mom, however, the high fashionista has implied that it was just a loving tribute to her baby.