The Stanley Kubrick film 'A Clockwork Orange' will be shown during the Cleveland Orchestra's festival "Fate and Freedom: Music of Beethoven and Shostakovich" on October 22-26. 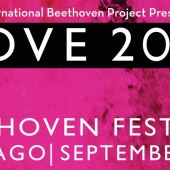 Apropos of the great composer, himself, the third annual Beethoven Festival in Chicago will explore themes of love, religion, suffering and the path of the true artist.

Kobe Bryant, superstar basketball player, apparently likes to relax with a bit of Beethoven--played, at least sometimes, by himself. He's even appeared in a Lenovo commercial tinkling the ivories in music by the composer, although, strangely, when Classicalite went to YouTube to grab the vid to share with you, it had been taking down pending a copyright-related complaint.

And with the world's best musicians, singers, dancers and actors going back to repertory work after their summer stocks, there's more good news happening now than there was, say, back in June. 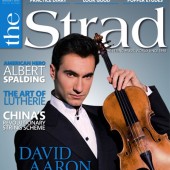 It's always nice to get something for nothing, especially something as enriching as great music. And outreach projects increasingly mean that there are amazing freebies to be had. We've collated five of the best current and upcoming offers for you.

While it's always good to hear about people turning to classical music, we're not sure what to think about the news that a branch of McDonalds is to play the classics as a way of persuading local thugs to stay away. Talk about a back-handed compliment...