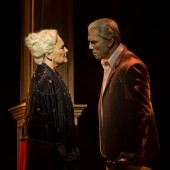 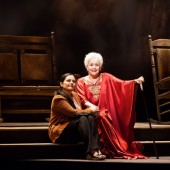 It wasn't enough for Duke Ellington to contribute some 3,000 songs to the Great American Fakebook. No, towards the end of his life, he began composing a jazz opera: Queenie Pie.

Chicago Opera Theater will stage the Chicago premiere of Duke Ellington's only opera, 'Queenie Pie,' on February 15 - March 5. The company will also present a double-bill of Carl Orff's 'The Clever One' and Viktor Ullmann's 'The Emperor of Atlantis,' on May 31-June 8.

Due to overwhelming demand, Chicago Opera Theater's production of 'Orpheus and Euridice' by Ricky Ian Gordon returns for three encore performances, held this time at the Welles Park Pool in Chicago's Lincoln Square.