Minnesota Musicians to Go It Alone, as Legislators Call for Corporate Heads' Heads >>

The Minnesota press are reporting that the much-beleagured players of the stricken Minnesota Orchestra will defy the fates--and the ongoing nasty industrial dispute--and play a starry 10-concert season. Meanwhile, local legislators demand resignations amongst the orchestra's corporate suits.

Steven Isserlis Swaps Cello for Editor’s Visor at The Strad >>

The great cellist assumes the guest editorship of The Strad's October 2013 edition. 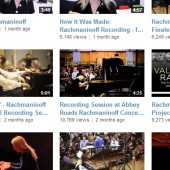 Pearls Before Breakfast: If Valentina Lisitsa Plays In The Eurostar, But No One Knows It's Her, Did She Make A Sound? >>

Can one of YouTube's great musicians cut through the fog of Eurostar's London terminal? Let us find out. 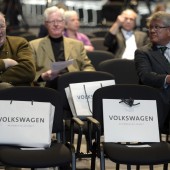 On Tuesday, May 14 at 2 p.m., Medici.tv will present a free, live webcast of the New York Philharmonic's concert at Volkswagen's Die Gläserne Manufaktur (that is, "Transparent Factory") in Dresden, Germany.