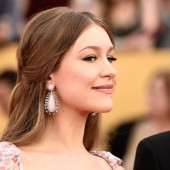 Joanna Newsom has just announced a follow up to her 2010 triple album Have One on Me. The forthcoming LP, Divers, comes via Drag City and features arrangements from Nico Muhly and more. 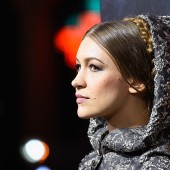 It was recently announced that Joanna Newsom would be working on some new material as a follow-up to 2010's "Have One on Me." The singer-songwriter said she was busy with the upcoming Paul Thomas Anderson film "Inherent Vice" — and you can see Newsom briefly in the latest trailer. In almost the blink of an eye, one can see Newsom on the porch of protagonist "Doc" Sportello's house. Also, she provided the voice over, providing the narrative and — much like a Thomas Pynchon novel — going meta at the end telling us to go see the movie. Recently, Newsom caught up with "Dazed Digital" and said that the film had caused her to put music on the backburner for the time being so she could lend her voiceover and acting skills to Anderson. We wish she could have provided some of the music but, lucky for us, Radiohead's Jonny Greenwood ("There Will Be Blood," on which he also worked with Anderson) scored the film. He even included a cover of Radiohead's "Spooks" in the tracklist. The film, which stars Joaquin Phoenix, Josh Brolin, Owen Wilson, Reese Witherspoon and more, will be released in select cities Dec. 12 and will be available in most theaters Jan. 9.