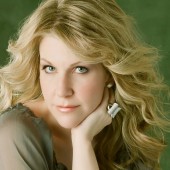 Jacaranda will perform David Byrne's "The Knee Plays" and works by Philip Glass on April 5 in Santa Monica. The concert is part of the "Minimalist Jukebox" festival held in venues throughout the Los Angeles area. 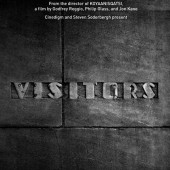 Once again, Godfrey Reggio is up to his old visual tricks, abreast his old cinematic partner, composer Philip Glass. You'll recall, Reggio had taken a respite from film for some 10 years, only to resurface with Visitors--a tour-de-force lacking any dialogue that remains a "confrontational meditation on the influence of technology in human life."

2013 was a banner year for one of New York City's most underrated, often misunderstood galleries. Finishing out last season with a spot-on recreation of Gen Ken Montgomery's old Generator Sound Art space and a Xerox-ed retro of the last two decades of the No-Neck Blues Band, Luke has just announced his first show for 2014.

As it turns out, Philip Glass's speech at the Dance Magazine Awards 2013 wasn't as improvised as his score to Harry Smith's Early Abstractions at the Film-Makers' Cooperative Benefit back in September. And the following LONGREADS from the world's most famous minimalist composer is certainly more candid than the one he added his imprimatur to for the Minnesota Orchestra's plight a monthly earlier. 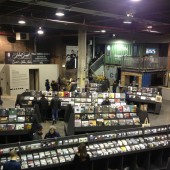 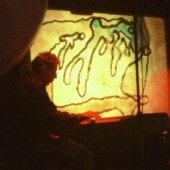 OK, but Did Carolina Crown's World-Winning 'E=mC2' Solve the Problem of 'The Band' World? >>

On Saturday, August 10 at Indianapolis' Lucas Oil Stadium, Fort Mill, South Carolina's Carolina Crown became a World Class World Champion of the World for the first time in drum corps history. With a final score of 98.30, never before has Drum Corps International had a World Champion of the World Class World that started as an open class/DII band.

A proposal by vaunted Northern Ireland and Middle East peace negotiator, former U.S. Senator George Mitchell, that the Minnesota Orchestra end its 11-month lockout was just shot down by both board and management. 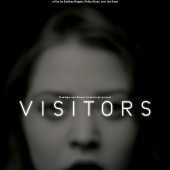 Nearly three decades post-Koyaanisqatsi, Godfrey Reggio and Philip Glass (with the support of Jon Kane and Steven Soderbergh, of course) have created yet another stunning portrait of modern life.

Some composers are good at titles for their music. Others aren't. Most don't bother, as Classicalite reflects when we hear that so-and-so has written his "Symphony No. 1." Aren't there one or two or those around already?