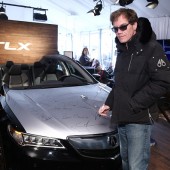 Michael Shannon, the seasoned actor from "Boardwalk Empire" and "Man of Steel," will make his Broadway return in 'Long Day's Journey Into Night," joining Jessica Lange and Gabriel Byrne on stage, the Roundabout Theatre Company announced on Wednesday. 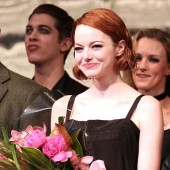 Seems like the show is not over for Emma Stone just yet! The Roundabout Theatre Company has announced that Stone has extended her run as Sally Bowles in "Cabaret" for two more weeks through Feb 15. Stone, known in Hollywood for such movies as "The Help" and "The Amazing Spider-Man" film series, has received rave reviews since replacing Michelle Williams in the role of Bowles in November. She has also received numerous award nominations for her recent role in the critically acclaimed movie "Birdman." Stone's name had actually been attached to the production while it was in development, but she had to bow out due to scheduling conflicts. "Cabaret" marks her Broadway debut. Alan Cumming will continue his run as Emcee at Studio 54 through the show’s entire run to March 29, and the musical will launch a 20-city North American tour starting January 2016. According to Roundabout, casting for a new Sally Bowles for the remaining 12 weeks on Broadway will be announced in the coming weeks.