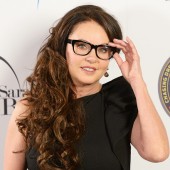 Perhaps one of the world's most famous sopranos, Sarah Brightman, announced a while back that on Sept. 1 she will be on board Soyuz flight TMA18M bound for the International Space Station hundreds of miles above Earth. And now she discusses what that means for her career. 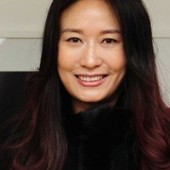 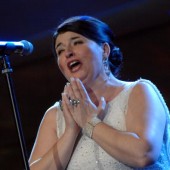 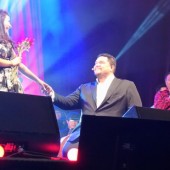 Pene Pati of the hit singing group Sol3 Mio proposed to his girlfriend, soprano Amina Edris, live on stage at a Sol3 Mio concert in Auckland, New Zealand, Dec. 21. Audiences got a once-in-a-lifetime opportunity at Sol3 Mio’s "Christmas in the Vines" show. After serenading Edris with the beautiful German aria "Dein ist mein ganzes Herz," he brought members of their families on stage to present her with red roses before bending to one knee and asking her to marry him. "The proposal was a big surprise for Amina and when the moment came to do it, I took a big gulp and knew there was no going back," Pati said. "I had no Plan B if she said no in front of thousands of people, but I was quietly confident it would all go well.” Lucky for him, Edris, who had charmed the audience with her own performances earlier in the evening, said yes as the crowd cheered and waved glow sticks to congratulate the couple. The couple met in Christchurch, New Zealand, in 2011 on a week-long singing course backed by Kiwi opera legend Dame Malvina Major. Pati was then an unknown tenor and Edris was also trying to get her foot in the door as a singer. 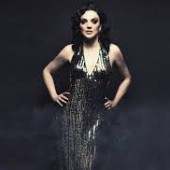 Disgraced Georgian soprano Tamar Iveri performed at an anti-violence charity concert last night in the Georgian capital of Tbilisi. The performance marks the first stage in the singer's attempt to rebuild her international career, after gaining worldwide criticism for homophobic comments made on her Facebook page last year. Iveri posted a letter on her Facebook page and addressed it to then-Georgian President Mikhail Saakashvili May 18, 2013, the day after Orthodox Christian groups violently assaulted participants in a gay pride march in Tbilisi. The letter reportedly included the following statements: "I was quite proud of the fact how Georgian society spat at the parade" and "Please, stop vigorous attempts to bring the West's 'faecal masses' in the mentality of the people by means of propaganda." In a series of conflicting statements, Iveri subsequently claimed that either her husband wrote the offending post or that the couple had worked on it in tandem. Either way, following "Limelight’s" breaking of the story in June and the notoriety Iveri gained from the comments, the Georgian soprano was forced to exit her contracts with Brussels’s La Monnaie and other opera companies.