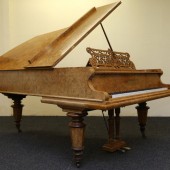 Piano Stores Closing Around the Nation - Is the Death of the Piano Upon Us? >>

All around the nation, piano stores are dwindling as fewer people take up the instrument and those who do often opt for a less expensive electronic keyboard or a used piano. So, was Dame Fanny Waterman right? Is the piano dying? 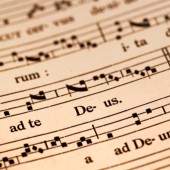 Earliest Form of Polyphonic Notation Discovered on Accident on the Bottom of a Religious Portrait in the U.K. >>

If musical practice etymology is your penchant then a new discovery has left some scholars floored. A few lines of music scribed on an old painting has revealed, possibly, the earliest example of polyphonic choral music, where voices sing different melodies combining to make a singular composition. 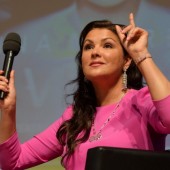 A Russian-Austrian opera soprano, Anna Netrebko showed support to east Ukrainians during a press conference in St. Petersburg over the weekend. The world-renowned singer posed with of the top political leaders while holding the flag of Novorossia. Russian Channel 5 TV showed her giving the cheque to Oleg Tsarev, a leader of the armed separatists in Donetsk. She also said she would be donating 1 million roubles to the Donetsk Opera Theatre. When asked about her view on the political strife that has killed more than 4,000 people since May, the soprano said it was not about politics as much as it was about art. "I have a lot of musician friends in Donetsk," she said per "The Guardian." "We have been writing to each other a lot, and they told me the theater was sacred for them, and the building had been partly damaged." She added: "I decided that I wanted to help as much as I can. I think it's the right thing to do because art is art, and helps us get through all situations." 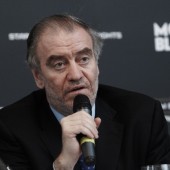 Something that always fascinated me were the lives of old rock 'n' rollers. Jim Morrison and Jimi Hendrix were described by my father as "exceptionally insane" as he played them for me in his Mercedes as a kid. Had I known classical music produced rock stars like the world-renowned Valery Gergiev, I may have taken up classical guitar instead of rock.

After famed late-actor Philip Seymour Hoffman passed away earlier this year, many were astounded to find out it was from a heroin overdose, per the coroner. When authorities arrested his dealer, Robert Aaron Vineberg, they wanted to lock him away but now, Vineberg has avoided jail time via a plea deal. 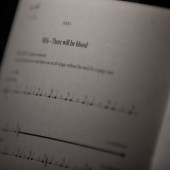 Raising Awareness: Classical Musicians Commissioned for Little to No Pay as Industry Lowballs Their Talents >>

Being a musician is commonly known to be a daunting career choice. Maintaining an art form, actually, of any medium, and sustaining oneself is harder than anyone can truly imagine--and this now endangers classical musicians trying to make a buck with their original compositions. 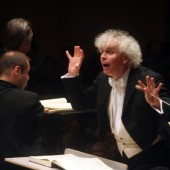 The Great Digi-Debate: Does Classical Music Benefit from Technology? Simulcasts (and Sales) Prove Performances Do >>

Like David Grubbs duly brings up in his great new book Records Ruin the Landscape, I, too, often wonder if recording--in general--changs music. Because if it's recorded, does it means there is a best seat in the house? 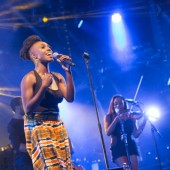 Make Her Lovely: Laura Mvula's New 'Sing to the Moon' Album Gets the Orchestral Treatment She Deserves >>

It must be tragic to feel shorted by recording software in this day and age. At least for Laura Mvula, whose debut album Sing to the Moon took the 2013 British awards season by surprise and reached the Top 10 charts in the U.K. After a live performance with the Dutch Metropole Orchestra, the album that didn't deliver has now been revised and re-recorded--giving the space needed for Mvula's voice to soar over a cinematic orchestra.

Yes, he's here. And he is queer. But who, save for the bigots, cares? For us, we're more concerned about his statements on opera in his latest Q&A with The Guardian.

Composer Charlotte Bray Sells New Work, Bar-by-Bar, for Music in the Round Residency >>

An interesting article over at The Guardian reports on Brit composer Charlotte Bray's novel idea for fundraising her latest piece. She is selling it. One bar at a time.

Big Ballet has a unique aim, though. To take ballerinas self-conscious with their label "over-weight" and throw them onto the screen for laughs. Thus, their mission may be completely unique and righteous, and yet the act of making it a piece of the entertainment conglomerate renders this thoroughly upsetting.

Do You Smell What I Hear? BitterSuite and Sencity Add Sight, Taste, Touch and Smell to Concerts >> 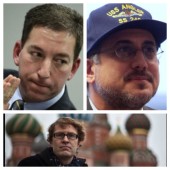 Since James Bamford's not interested, let's say: Greenwald gets the book, Gellman handles the music...with Harding on lyrics? No matter how you divvy them up, it's only a matter of time before some enterprising repertory group stages a Snowden musical.

A new cultural center in London has opened its doors, and it's something new for the British capitol--a Jewish cultural center, commonly known in the U.S. (where they are far from rare) as a JCC. This has been several years in the planning and the building and the staffing, and was the brainchild of long-time arts patron Vivien Duffield.