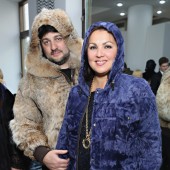 Russian soprano Anna Netrebko tied the knot Tuesday morning to her beau, Azerbaijani tenor Yusif Eyvazov. The ceremony, which accommodated only a small circle of friends and family, took place at the Palais Coburg in Vienna. 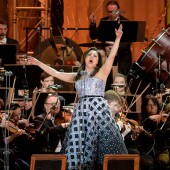 In a most anticipated debut, the famous Russian soprano Anna Netrebko will perform at this year's Beiteddine Art Festival in Lebanon on Aug. 27. The event is scheduled to take place during the festival's July 27 to Sept. 5 run this year. 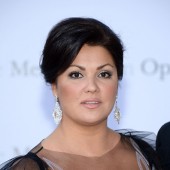 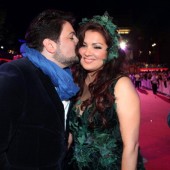 Perhaps you can call her Penelope, but Anna Netrebko has many a-suitor, and her latest beau, Yusif Eyvazov, has already popped the big question--and with an even bigger rock. 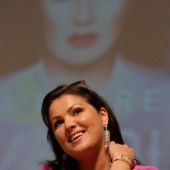 Anna Netrebko fans will be singing Dido's lament after news of her engagement to Azerbaijani tenor Yusif Eyvazov, 37, was posted to her Facebook last week.