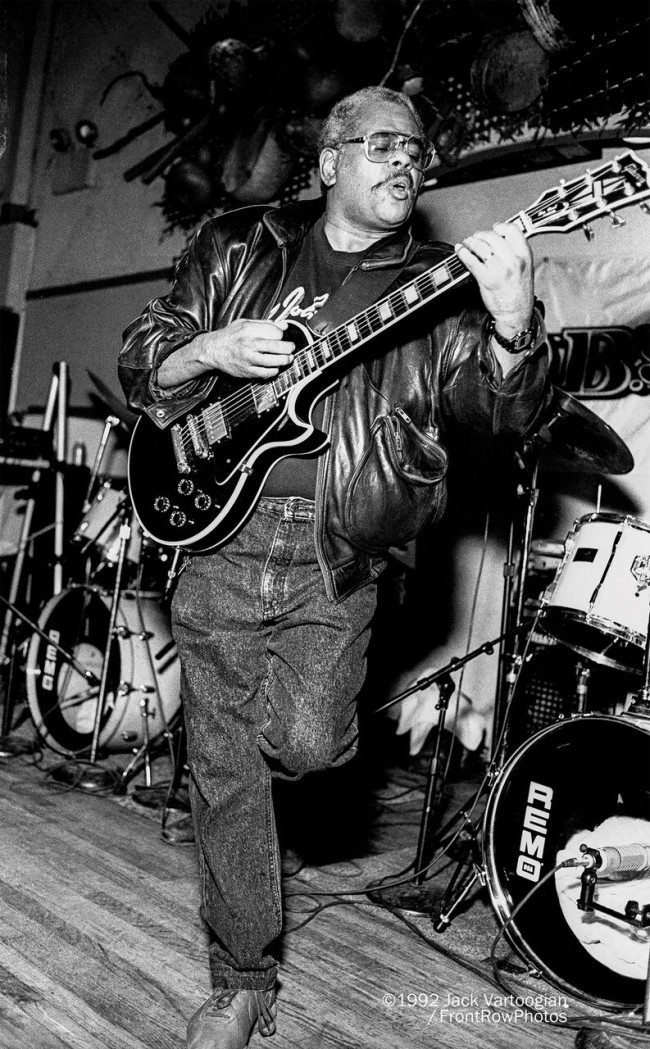 Ask The Ages was the last studio album of Sonny Sharrock's short life. Its rerelease by M.O.D. Technologies is cause to rejoice as its participants have all gone on to great careers, yet together in this one moment in time, created something of rare and powerful beauty.

It was 1991. Guitarist Sharrock was just on the precipice of signing a major-label deal when he suffered a fatal heart attack, depriving the world of the kind of musician who bridged the genres with flair, adventurous spirit, a punk edge, a metal veneer and a jazzman's questioning sensibility. Ask The Ages has no less than Pharoah Sanders on tenor and soprano sax, Elvin Jones on drums and Charnett Moffett on acoustic bass. Co-produced by Sharrock with Bill Laswell, it's a rocking psychedelic jazz party predicated upon the concept of each musician really listening to each other...and responding with brilliant bursts.

His style was similar to a volcano, long periods of rapid-fire notes and elongated pauses, swirls, slopes and mosquito twittering before a rush of lava burning everything in its path. His effects were mesmerizing. He mastered feedback, wah-wah, fuzztone, distortion like you wouldn't believe and a penchant for emulating-not Hendrix, Clapton, Beck or Page-but Coltrane, Coleman, Ayler and Davis. He was the #1 free jazz guitar virtuoso pioneer. He enjoyed blasting out a wall of sound that would make audiences quiver, then cower, in physical response. This is a guy whose fiery solo on the Miles Davis album Jack Johnson resulted in an invite from Miles to join his touring band. Sharrock refused. Then spent the next decade in obscurity.

These six tracks are all so profoundly moving. They differ from each other yet remain inextricably linked by their musicianship and obvious dedication to what Sharrock was attempting. There's no telling what he would have come out with had he lived past 53. Is Ask The Ages Progressive Rock? Is it Jazz-Rock Fusion? Sharrock never trifled with labels. He was too busy creating new sound without trying to define it.

Miles Davis, John Coltrane, Louis Armstrong and the Search for Musical Expression and Self