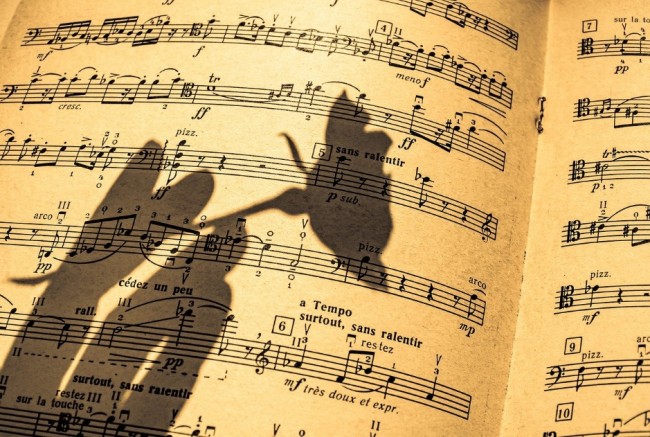 (Photo : The 5 Best Streaming Sites to Listen to Classical Music)

The journey to find such pieces can be difficult, which is why I want to help you by telling you the best sites and streaming services to find-and listen to-classical music. So, without further ado, let's jump right into it!

The 5 Best Sites for Classical Music

What kind of list would this be if I neglected to mention one of, if not the most popular website in the world, YouTube. Ever since it's inception in 2005, the site's displayed steady growth, allowing billions of people to find enjoyment and joy on the Internet.

And with YouTube being one of the biggest sites in the world, it only makes sense to have a section of the website dedicated to music. This section, aptly named YouTube Music, contains any kind of music for any kind of listener. This includes classic instrumental music. Trust me when I say, there is plenty of classical music for you to listen to, from the most popular composers to the more obscure composers.

Next up, we have Spotify, a titan of the streaming industry. While Spotify doesn't allow the streaming of videos, no service besides Apple Music can compete with its catalog of music, including classical instrumental music.

Spotify is especially great for people who like all kinds of genres, and its cheap subscription price gives little reason to not at least consider using the service. As a matter of fact, I think there's a free monthly trial. Wouldn't hurt to give it a spin!

Only thing that may give you trouble is its availability. As of writing, Spotify is blocked in several countries, meaning accessing it can be a hassle-a non-deserved hassle. To avoid this and have Spotify unblocked, you can always use a VPN.

When Spotify was blowing up in popularity, Apple decided to strike and play the one card up their sleeve. This card? Apple Music, a music streaming service designed to rival Spotify.

When it first came out, there was little reason to ditch Spotify or YouTube for it, but that was years ago. Nowadays? I, and I'm sure many others, consider it one of Apple's biggest achievements software-wise. It's clean interface and robust catalog make it an excellent choice, especially for classical.

Alright, we're past the colossal titans of the streaming industry and can now focus on the smaller apps. Well, we'll focus on one smaller app-an app that deserves more recognition-Idagio. Idagio was created in Germany by classical music enthusiasts. They developed Idagio to be the one-stop shop for classical music lovers, offering all kinds of classical music.

Its availability used to limited to only certain countries in Europe and Asia, but it recently expanded to the United States and Canada as well. If available in your country, I highly recommend giving Idagio a shot.

Last but not least, we have Pandora. What once was one of the most popular streaming apps available, Pandora has tons of classical music available, but there's a catch: you can't control what you're listening to.

Yes, Pandora's schtick was always that of a radio. You can select the type of music you want to listen to, but you won't be able to select specific songs or playlists to play. You may be able to see why it suffered from degrading popularity once Spotify and Apple Music rolled around.

However, out of all 5 options, Pandora is definitely the weakest on the list, though if you're not able to enlist the services of the other 4, Pandora isn't the worst option available.

For me, classical instrumental music offers a way to relax and wind down after a long day, along with acting as a sort of escape from life. Music can be one of the greatest forms of escapism, after all.

But finding your favorite piece or composition can be extremely difficult, which is why I felt it necessary to tell you about these 5 streaming services. Hopefully, you'll find use out of at least one. Scratch that, I guarantee you will!