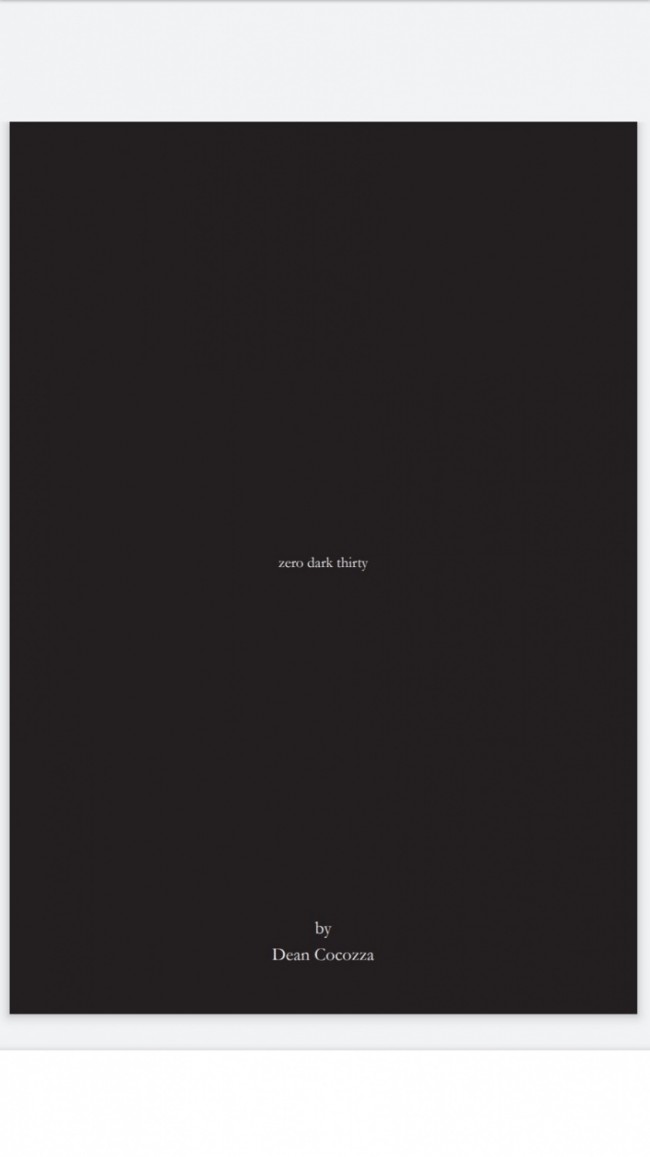 The modern writer with the old school charms released his first book of poetry this February. Here's our take on the intriguingly intense piece of work.

The descirption "Instagram poet" would be harsh and unfair to an artist like Cocozza, who definitely doesn't write to please an audience. His pieces also don't come along as cheesy pseudo-motivational quotes or knock-offs. Instead, his work can be unsettling dark but to the point. A writer, that has his background in the music industry, and emerged to one of the most exciting poets of his generation.

After plenty of publications in magazines and collaborations, as well as his social media, in the past two years, Cocozza has come to release his debut solo book.

'zero dark thirty' is exactly what his readers might have expected, but goes even deeper into the depths that his stand-alone writings have touched in the past. Probably the books most descriptive lines are both

"a few sparks from yours and their fires leave me freezing" ,

which capture a striking desire and passion for an other.

The writer had mentioned that he looks at his full body of work in a similar way that he looks as works in the music industry, particularly the classic concept of an album. It doesn't have to be obvious story telling, to tell a distinctive story.

The short poems question timing, society and the writers position and power over actions, and display a tear-apart range of romantic and intimate emotion.

The title of Dean Cocozza's debut might be chosen a little unlucky, with another bestseller and blockbuster already occupying the phrase in the bookshelves. Regardless, the author explained that a major part of the book was written in sleepless nights. Combined with his personal past in the Air Force, the military slang for the time between midnight and dawn makes a reasonable title choice.

There's no doubt the debut will be successful and lead to a follow up. Dean Cocozza presents his readers the poetry book they wanted and expected from him and doesn't disappoint.