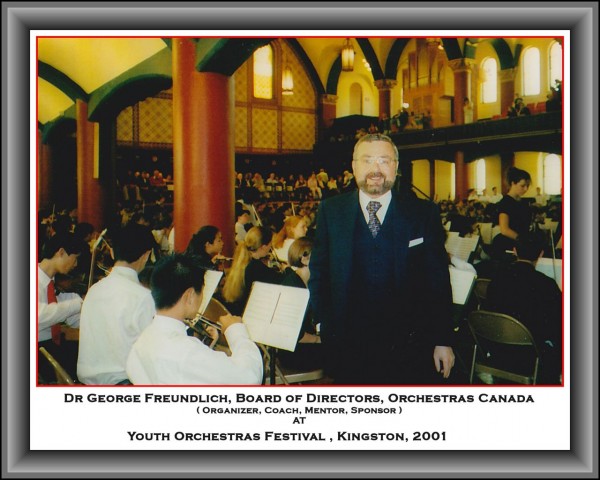 Growing up in Romania, Dr. George Freundlich's family supported his musical gifts from a young age.

His parents took him to opera performances when he was just two years old. A year later, while playing with other children in Central Park he was singing an aria in the park when a couple of local singers from the Opera House stopped to listen. They immediately spoke to Freundlich's parents and strongly advised them to enroll him at their earliest convenience to a music kindergarten and then to a fine arts school specialized in music education.

Ultimately, Freundlich studied music at The Arts School in his Cluj, where he learned violin, piano and trombone. By the time he qualified he was mastering all three instruments. Then, at age 17, he was selected into The Romanian Youth Orchestra, which would participate in the inaugural "International Festival of Youth Orchestras" (IFYO) in Aberdeen, Scotland in August 1973.

"I was lucky enough to be selected (along with four other Romanians) into this 'Dream Orchestra'," Freundlich said. "We were flown to London and had a reception at the Mayor's Office." 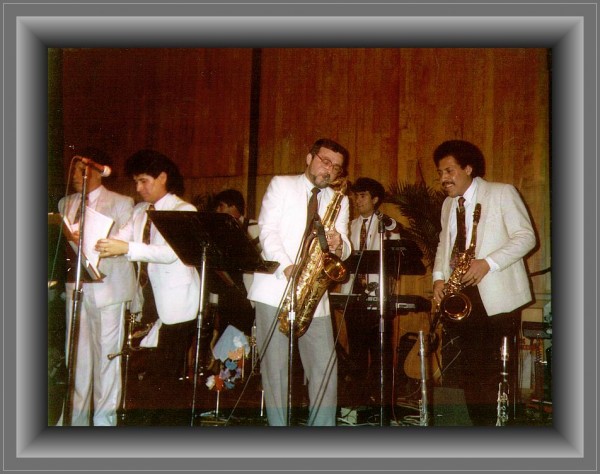 The winners of the contest were Romania and West Germany, which performed a concert in London in Kenwood Park with 10,000 people in attendance, as well as a concert in the world-famous Royal Albert Hall under Zdenek Kosler and "legendary conductor" Leopold Stokowski, Freundlich said. The World Youth Orchestra also performed two concerts in Hyde Park under  Hungarian conductor Janos Sandor.

About 25 years later, in 1998, by pure coincidence Freundlich would meet Mr. Janos Sandor, (who had relocated to Canada in Victoria, B.C). at "Orchestras Canada Conference" in Edmonton. Having personally experienced Mr. Janos Sandor's exceptional talent,kindness and skills in handling youth orchestras, Freundlich invited him to be the conductor of the youth orchestra festival in Mississauga in 1999.

"We ended the Kenwood Park concert with the famous '1812 Overture' by Tchaykowski with fireworks. lt was unreal!" Freundlich said. "That festival was probably the most joyous event in my lifetime."

Freundlich has enjoyed two careers, one in music and one in medicine. He defected to Canada in 1985, where he spent the remainder of his career.

Though Freundlich kept extremely busy as a medical doctor and avid traveler, he kept music in his life as well. After undergoing demanding evaluations he was accepted into the Timmins Symphony Orchestra. He joined The Timmins All Star Big Band, playing both trombone and saxophone.

But the memory of the youth orchestra stayed with Freundlich. In 1997, he became a member of the highly prestigious Board of Directors for "Orchestras Canada". His first order of business was to take charge of youth orchestras across Canada and start a Canadian youth orchestra festival.

His management of the country's youth orchestras proved a success. In 2003 - 30 years after Freundlich played in the inaugural Youth Orchestra Festival in Aberdeen - he led the National Youth Orchestra of Canada back to Aberdeen for the same festival. He was welcomed as a red carpet guest of honor.

"I remembered so well what the experience in Aberdeen had meant for me, and I wanted to do something for the youngsters," Freundlich said. "Almost exactly three decades after Aberdeen widened my perceptions of the world, I could now do the same thing for promising young Canadian musicians."

For many years, Freundlich coordinated, managed and motivated Youth Orchestras from coast to coast. He was a speaker and award recipient at the  2000 " Orchestras Canada Conference"held in Montreal, making three presentations, two of which were about the education and motivation of youth orchestras.

He also supported local music students in the Matheson-Timmins area where he practiced both music and medicine.

The annual "Porcupine Music Festival" includes a music scholarship competition in partnership with the Timmins Symphony Orchestra and Geoffrey James Lee School of Music. Students competed in different instrumental categories and skill levels for scholarships. Every year Freundlich donated money for many of the scholarships, including the "Andor Freundlich Memorial Bach Competition Award" named in memory of Freundlich's father, a "great aficionado of music."

"One of the great rewards of being a musician is the opportunity to foster the growth of talented and deserving young musicians, who need the support of their family and community in order to continue and improve their artistic journey," Freundlich said.

Freundlich retired from his 25-year music career in 2019, ending his tenure in the Timmins Symphony Orchestra. But he continues to support young musicians across Canada.