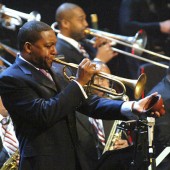 For jazz, some of its most beloved standards were born on New York City's Great White Way. And with that, Jazz at Lincoln Center has announced that its forthcoming May gala will champion that idea with a celebration in the theme of "Jazz and Broadway" with Vanessa Williams. 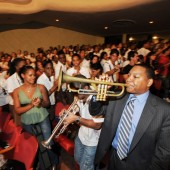 Now that Cuba and the U.S. are cozying up again for the first time since 1953, the sky's the limit on experiencing Cuba's fine music, baseball, beaches, cigars, rum and that famous sandwich. For now, I'll settle for Wynton Marsalis' release, 'Live In Cuba.' 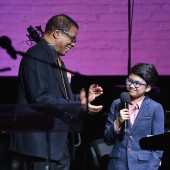 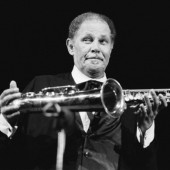 The latest additions to the Jazz Hall of Fame have been announced by Jazz at Lincoln Center as of last week. Joining an echelon of musicians, the newest inductees are Dexter Gordon, James. P. Johnson and Lennie Tristano. 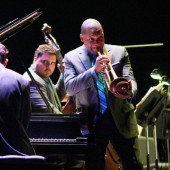 Jazz at Lincoln Center's 2015-16 season has a different emphasis this time around. With the theme "Jazz and American Song," the season will feature a sustained emphasis on vocal music in the blues, jazz and pop traditions. 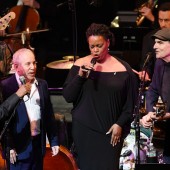 For Jazz at Lincoln Center, a domain change has ruffled the feathers of some of its patrons. Having switched from "jalc.org" to "jazz.org" some feel the change is a sort of rebranding and that it conflates the genre simply to yield higher profits. 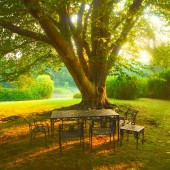 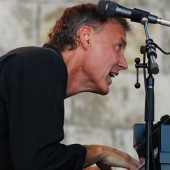 A musical tradition in and of himself, Bruce Hornsby--who just released a live 2-disc set entitled Solo Concerts--will come to Jazz at Lincoln Center's Rose Theater on Friday, September 26 for a duo performance with percussionist Sonny Emory. 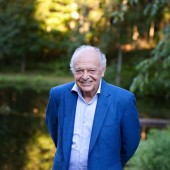 The Castleton Festival will continue on its rich and educating history in 2015, honoring the legacy late founder Maestro Lorin Maazel and partnering with Jazz at Lincoln Center. Four weeks of opera, concerts, chamber music and more will once again come to Virginia from June 27 to July 19, 2015. 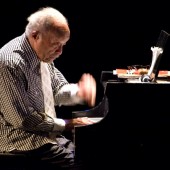 Jazz at Lincoln Center has been packed with special performances this season. Next among the bastion of heavyweights coming to Columbus Circle is pianist Cecil Taylor, who will visit Swing University this May and June. 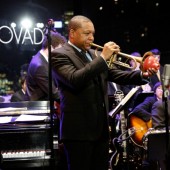 The Woodlawn Cemetery is no stranger to jazz legends and this time, much to our delight, the group will partner with Jazz at Lincoln Center to present a free concert honoring, you guessed it, jazz legends.

After more than a decade-long absence, Maria Schneider will return to Jazz at Lincoln Center with a performance of previously unreleased, unrecorded music. A multi-Grammy-winning composer, arranger, bandleader and Upper West Side native, Schneider brings her internationally acclaimed Maria Schneider Jazz Orchestra to JALC's The Allen Room on March 14 to 15.

Singer Betty Carter, guitarist Wes Montgomery, drummer Elvin Jones and bandleader Fletcher Henderson have been voted into Jazz at Lincoln Center's Ertegun Jazz Hall of Fame...and Stanley Crouch had absolutely nothing to do with it!

Yes, the late Dave Brubeck will receive an honorable and familial tribute with the Jazz at Lincoln Center Orchestra featuring Wynton Marsalis. This will be the first event kicking off a festival celebrating the various contributions Brubeck made to the jazz idiom and jazz's overall culture.