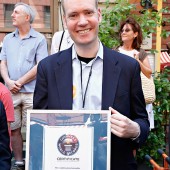 Make Music New York is pleased to announce that Jenny Undercofler in the organization's new Executive Director, effective immediately. Jenny served as Founder and Director of Face the Music, the acclaimed new-music youth ensemble, since 2005; she was also Music Director of New York's Special Music School (PS 859) -- a public school for musically gifted children -- from 2004 until the present. 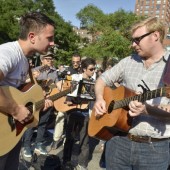 A call for proposals comes to us via Make Music New York. Back for its fourth iteration, MMNY Winter will return Sunday, December 21 with musical parades for players of bells, guitars, harps, smartphones and more. 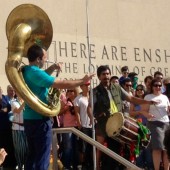 Again, while we wait for NPR Music to finish editing their newest field recording from Make Music New York, we thought we'd share some more footage of the rehearsal process--with a score, of course. 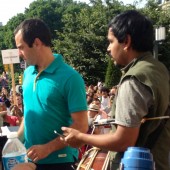 While we wait for NPR Music to finish editing their newest field recording from Make Music New York, we thought we'd share some video of the rehearsal process--with a score, no less. 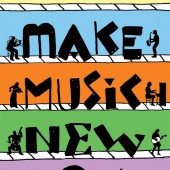 The Make Music New York deadline ends in less than 48 hours. If you aren't in the know, the festival has a rather large venue across the island and features 975 performers at 410 locations. Submissions are open to the public, who have until midnight Tuesday to the event on June 21.

The mystifying precision it takes to master a craft is one often sought through various means. Experience warrants success, but it's not easily or swiftly obtained. And every now and then one needs a guide for the journey. Lucky for you, then, Make Music New York and Gunther Schuller have you covered. 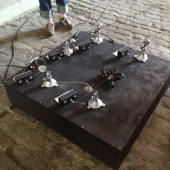 Because, like Anthony Kiedis once said, you can't NOT get enough under the bridge downtown. 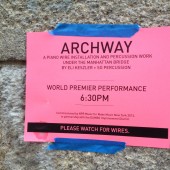 Cornelius Cardew's 'The Great Learning' instigated the formation of the Scratch Orchestra--an ensemble that, over many years and many more iterations, has counted AMM, Brian Eno, Michael Nyman and Gavin Bryars among its members.

175 pianists and 144 vocalists are needed for works by Jed Distler and R. Murray Schafer.

MMNY's signature program, where everyone who plays an instrument can make music with all their friends, enters its fifth year.