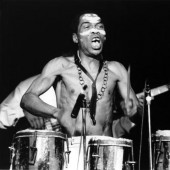 While Vinyl Sales Increase, CDs and MP3s Experiencing an Untimely, Yet Expected Demise >>

The older generation must look at the younger one and wonder. In a rapidly advancing society--where immediate access to, in this case, music being the social norm--the revival of vinyl sales is a particularly mystifying idea to note. 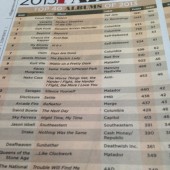 For Better or Worse, Village Voice's Pazz+Jop Rank the Top Albums and Singles of 2013 [POLL] >>

While many argue the merits of the long-suffering publication as well as the results therein--hey, the lot of us feel the same way about the Grammys--the Voice's P+J issue (conceived of by disgraced music editor, Bob Xgau) is about as consensus as we're likely to get these days.