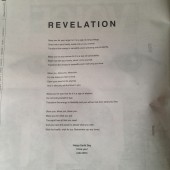 This week, once again, Yoko Ono shared her feelings about the coming Earth Day 2014 by reprinting the lyrics to her song "Revelations" as an ode in the Village Voice. 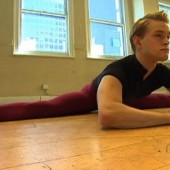 Nearly 50 years after writing the conceptual art book Grapefruit, writer, artist and peace activist Yoko Ono has released a sequel that she hopes will inspire people and get them thinking and reading. 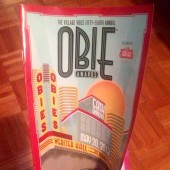 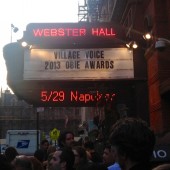 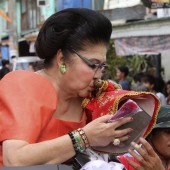 Yoko Ono 'I Love You, Earth' Lyrics Printed in Village Voice as Poem for Earth Day >>

Last month, Yoko Ono made her feelings known about gun violence--going so far as to tweet a picture of her late husband John Lennon's bloody glasses. This week, Yoko Ono shared her feelings about the coming Earth Day 2013 by reprinting the lyrics to her song "I Love You, Earth" as an ode in the Village Voice.