Life in Motion: Misty Copeland New Line Cinema Film Announced, Following Under Armour 'I Will What I Want' Ad 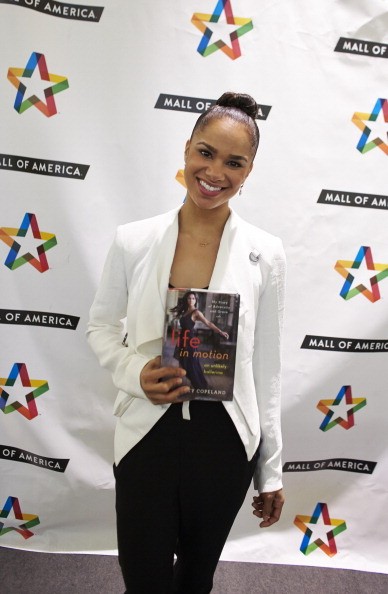 Under Armour’s I Will What I Want advert with Misty Copeland could easily be the first teaser for forthcoming movie based on Copeland’s memoir Life In Motion: An Unlikely Ballerina.

Deadline reports that a New Line Cinema movie on Copeland’s life chronicling her rise to fame as the third African American female soloist for the American Ballet Theatre, living in a welfare motel with her family and surviving a custody battle between her birth mother and host family.

Producing the film are Adam Shankman, Jennifer Gibgot, Phil Sandhaus of Offspring Entertainment. The script will come to life via Stephanie Allain and Lenore Kletter. No news on who is set to play Copeland, her mother or her mentor. Rumors are the film will show Copeland from age 13 to her late teens, so it’s likely the Offspring Entertainment producers are looking for a young actress who is also a dancer.

In case you forgot her many talents, Copeland has performed with Prince at Madison Square Garden, serves on President Obama’s fitness council, and will lead in ABTs Swan Lake this coming fall. To that end, Copeland recently spoke to MTV about diversity in ballet as part of their Look Different campaign.

“I think that the ballet world is so far behind the rest of the world with growth and accepting diversity,” Copeland said. “So, it’s kind of been something that I’ve wanted to do: bring diversity to the ballet world and educate people in this circle, this very small circle that is the ballet community, and show them that every ethnicity has the ability to be molded to be a part of this world.”

Watch below her stunning ad for the Under Armour campaign I Will What I Want.