The Ghost of Sergei Rachmaninoff to Perform Holographic Piano Concert in Naples, A Roberto Prosseda Creation 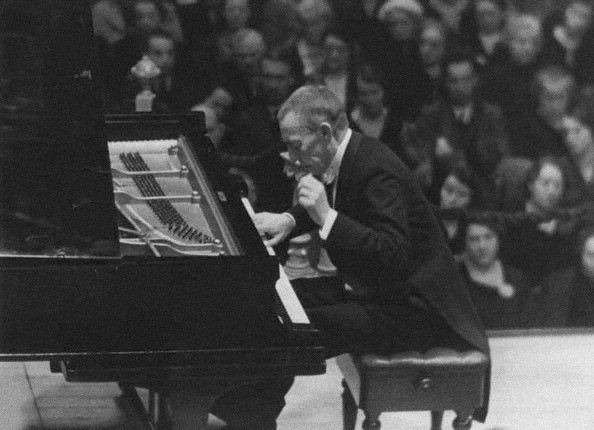 The ghost of Sergei Rachmaninoff will play a “live” recital tonight at that Teatro Mediterraneo in Naples titled “Ghost Concert.” A holographic Rachmaninoff will materialize at the piano at the beginning of the concert, playing, talking to the public and even expressing his surprise at being back on the concert hall stage.

Italian pianist, Roberto Prosseda, along with Julius Tuomisto, CEO of the Finnish software company Delicode, conceived this seemingly outlandish idea together. Through the amazing uses of modern technology, Rachmaninoff’s ghost will be seen performing 11 pieces that were recorded by the composer on piano rolls. Prosseda will proceed to interview Rachmaninov while he is on stage.
‘
"This project," says Prosseda, "has been conceived to bring classical music to people beyond the traditional audience. Only the 2 or 3 percent of the population normally attends piano recitals, and our goal is to reach the other 98 percent, using an innovative and attractive format, but still focusing on great music."

The animated, 3D image of Rachmaninov has been realized by Delicode, using its own softwares, Ni-Mate and Z-Vector. The animated speaking face has been created by Italian computer graphic artist Adriano Mestichella.

Ghost Concert will allow the public to discover the charm of the original Rachmaninoff while creating an interesting and modern aesthetic visual. Hopefully, this new and innovative idea will be able to bridge the cap between classical music and the mainstream world

Ghost Concert is the opening event of an innovative festival, PianocityNapoli. The festival showcases 200 piano recitals and 300 pianist in three shows between Dec. 5 and 7.

Check out the trailer for Ghost Concert down below.