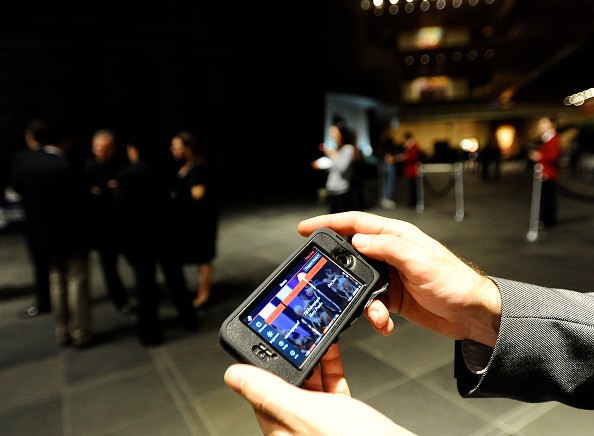 The LiveNote apps lets patrons view information about the show they are seeing while it is being performed. (Photo : Getty Images)

Throw all those “turn off your cellphone” announcements out the window. The Philadelphia Orchestra is encouraging cell phone use with its new custom-designed mobile phone app, LiveNote, which live streams information related to the concert straight to your phone.

LiveNote is a revolutionary new application that is being used in a series of three concerts at the Kimmel Center in Philadelphia. It can be download to any Android or iOS run device and, when logged in at the venue during the night of the show and connected to the WiFi, it provides a live stream of information about the current performance. The goal is to reach out to a new audience while preserving the current patrons of the classical music scene.

The first concert took place Wednesday, Jan.14 for a performance of Tchaikovsky Symphony No. 5 which was conducted by Yannick Nézet-Ségui.

”We've consistently seen a large percentage of the audience use it, whether it's on a college night or a subscription performance with a more mature patron base," said Ryan Fleur, vice president of orchestra advancement to Newsworks. "It's designed very specifically as an audience development tool."

The app, which was tested first at a college night concert last fall, uses specially designed darkened screens so that they are not distracting other audience members and they consistently conveys the message to turn down ringtones to avoid disturbances.The app gives the audience both historical and musical information about the concert, with the user having the choice of content they wish to view.

The LiveNote series of concerts will include "Concerto for Violin" by Jennifer Higdon on Feb. 25 and excerpts from Prokofiev's "Romeo and Juliet" on April 22. To purchase tickets for the technologically advanced shows, click here.

Check out the video all about LiveNote down below.

Philadelphia Orchestra to Tour Europe (Yup, They're Back!)