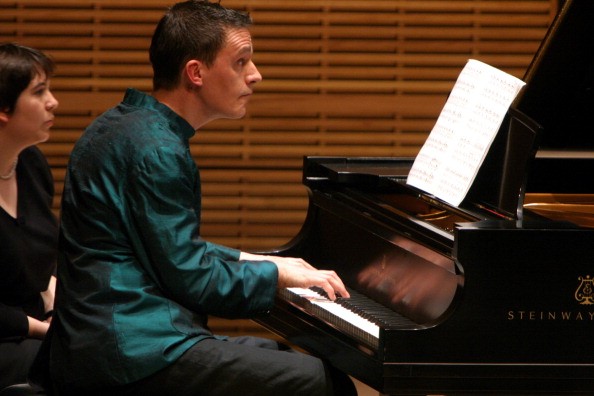 Perhaps you've needed to a good stretch during intermission at your favorite opera house—or maybe you've had the urge to go a bit further than that. Lost in Thought, a production by composer Rolf Hind, is the world's first "mindfulness opera" and allows audiences to do yoga during performances.

The opera will be staged by the Barbican Center and is set to premiere Sept. 25-27 at the London Symphony Orchestra's Music Education Centre, St. Luke's.

A four-hour performance, the show is said to take audiences to a new spectrum of mindfulness, a more inward journey according to WQXR.

However, there won't be any time to grab concessions, as the "gentle yoga session" is a completely silent experience. Patrons will, however, be able to mingle, eat vegan food and even wash their plates (you can't make this up).

A chamber-sized work, the unusual performance may not be a part of your conventional opera setting, but it isn't the first Eastern spirituality-inspired production. Philip Glass's Einstein on the Beach, Satyagraha and Akhnaten have gone a similar route.

The work is scored for seven musicians and mezzo-soprano Lore Lixenberg and was announced as part of the Barbican's 2015-16 season.

So for now, keep yourself busy with some Glass below and be sure to take part in a new operatic experience.