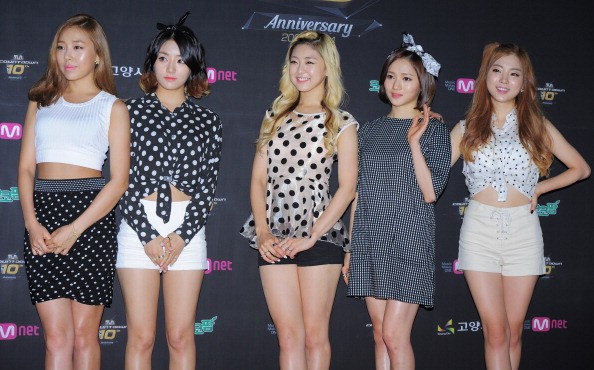 Ladies Code manager has been sentenced to a year and a month in prison after the death of two of the groups members. (Photo : Getty Images)

Prosecutors are appealing the year and a two month sentence given to Ladies’ Code manager and asking for a harsher sentence. Known only by his last name, Park was found guilty of causing the fatal car crash that killed groups members, EunB and RiSE and seriously injured another member, Sojung.

The prosecutor's office has appealed the sentence and seeks a harsher sentence for the manager. However, Parks legal representatives have also appealed the court’s sentence, believing that the current sentence is too harsh and they are seeking less prison time.

The accident took place on September 3, while Park was driving the group back to Seoul from Daegu. A police investigation determined that Park was driving at least 20 miles over the speed limit and since the road was slick from rain, he should have been moving at a slower speed.

The 27-year-old Park was arrested on November 12 and was facing a two and half year prison sentence if found guilty. In his first hearing with the court, he acknowledged his role in the deaths of the two girls but tried to plead with the court to consider the lengths he took after the accident had happened. However, after his confession and additional evidence coming to light, he was deemed guilty on all charges.

The groups record label, Polaris Entertainment, has remained neutral throughout the court proceedings.