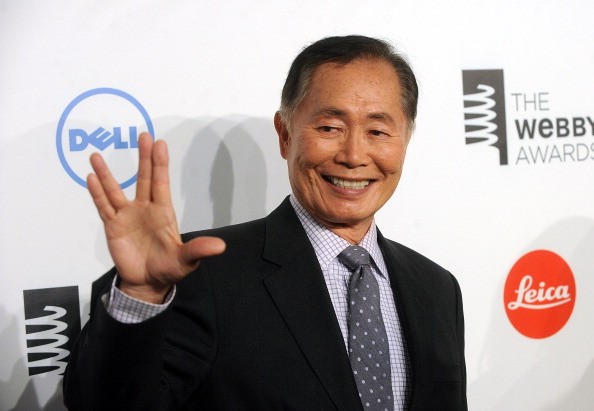 Star Trek helmsmen and internet sensation, George Takei, is coming to the Great White Way in A new musical, Allegiance, set to open next season at the Shubert Theatre.

The production was inspired by Takei’s real life childhood at an internment camp during World War II. Allegiance is said to be a multigenerational tale with two love stories that is framed by a Japanese-American war veteran looking back on is family’s time in a Wyoming camp.

"It is absolutely thrilling," said Takei to the Associate Press. ”I consider this production my legacy project."

It will mark the first Asian-led cast of a musical on Broadway in more than a decade, since Flower Drum Song. David Henry Hwang's play Chinglish, with a predominantly Asian cast, played 109 total performances in 2011-12.

Allegiance will feature music and lyrics by Jay Kuo, and will offer a combination of Big Band sounds and Japanese folk melodies with a Broadway twist. It will feature a book by Marc Acito, Kuo and Lorenzo Thione. The play is being directed by Stafford Arima, who directed Carrie and Altar Boyz off-Broadway.

The show had a sold-out premiere in 2012 at the Old Globe in San Diego, starring Takei, Lea Salonga and Telly Leung. So far, only Takei has signed on for the Broadway run.

Takei was only 5 years old when he was forced into an internment camp with his family from his home in Los Angeles. It would be nearly four years before his family could return to LA, however, they were poor and forced to start over on the cities tough Skid Row.

Previews for Allegiance are set to begin on Oct. 5 at the Shubert Theatre with an official opening on Nov. 8.