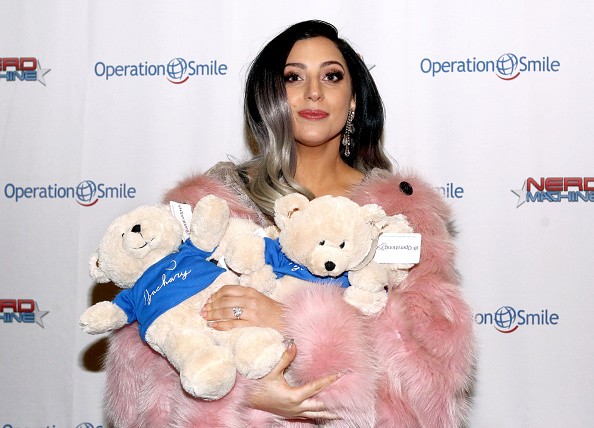 While Lady Gaga continues to impress fans of all stripes--from a tribute to the Great American Songbook with Tony Bennett to her latest Academy Awards performance--one critic remains unenthused. Legendary composer, Stephen Sondheim, regarded her performance as "a travesty."

In an interview, the composer was quoted saying:

"On The Academy Awards [Lady Gaga] was a travesty. It was ridiculous, as it would be from any singer who treats that music in semi-operatic style. She had no relationship to what she was singing. What people liked was her versatility."

While Sondheim may be sour about the diva's tribute, Gaga's performance won praise from the film's lead actress, Dame Julie Andrews.

According to Broadway World, the performance yielded 214,000 visits per minute globally on Facebook, and 154,000 people per minute in the U.S. Among other stars who praised the segment were Julia Louis-Dreyfus, Kate Upton and Broadway's own Bette Midler, who shared her approval on Twitter.

The medley included a medley of hits, featuring "Edelweiss" and "Climb Ev'ry Mountain," which came as a 50th anniversary celebration.

In other news with the ARTPOP songstress, Gaga's upcoming wedding ceremony will feature none other than her latest duet partner, Tony Bennett. The Cheek to Cheek collaborator was asked to perform and he handsomely accepted the offer.

We give our best to Gaga and her forthcoming nuptials.

Until then, get down with Gaga below.