Bob Dylan Performs "The Night We Called It a Day" on Letterman Finale, Reflects on Past 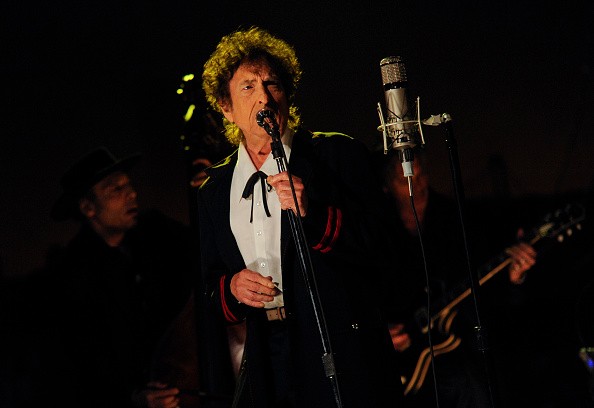 David Letterman's final show this week proved to be a tearjerker buttressed with performances from some of Dave's favorite artists--including none other than Mr. Bob Dylan. And for Bob, this may have been a performance to be remembered.

If you're a fan of the show, then it's easy to see Letterman's genuine, unremitting love for music. Being a great proponent of the music industry, too, alas, Letterman's departure may create waves for some up-and-comers.

Helping launch the careers of artists like R.E.M. (who made their network debut on the show), Letterman maintained an allegiance to new and interesting music. If you don't believe me, here's the very short-lived pseudo-punk rock ambient outfit WU LYF to provide insight. This performance, too, in my opinion, is one of the best from the show.

Not only has the show helped young and budding artists, but back in the '80s, it also helped out the then-irrelevant Mr. Dylan. Probably one of his most unappreciated decades as an artist, the Tambourine Man would take to the show playing a few songs from his latest album (back then at least): Infidels.

And much like his performance of "The Night We Called It a Day," from his latest Sinatra covers album Shadows in the Night, they were to be remembered for the rest of time. Introducing him as perhaps "the greatest songwriter of all time," Dylan's most recent network appearance has stirred up some much-appreciated love.

But there are other performances to take away from, including the premieres of "Don't Start Me Talkin'," "License to Kill," and "Jokerman" where Dylan used 20-year-olds (two from the L.A. punk band The Plugz). Over at Vulture there's a most interesting background on that now-ancient debut.

Check one of the performances below for the time being.