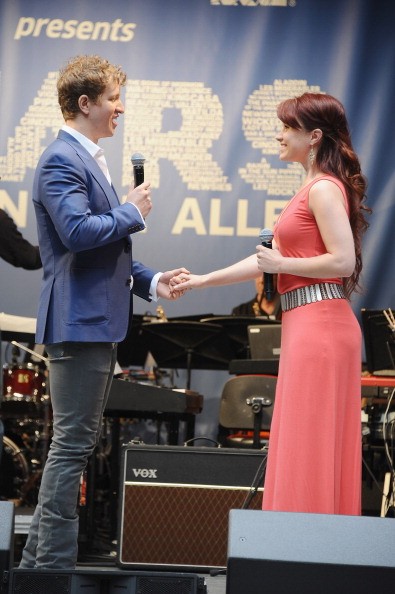 Jeremy Hays and Sierra Boggess of the cast of 'The Phantom of the Opera' perform on stage during 'Stars In The Alley' at Shubert Alley on May 21, 2014 in New York City. (Photo : Gary Gershoff / Getty)

The highest-priced show on Broadway's secondary for touring productions is The Book of Mormon (tickets available), which took to the road in 2013 after its first season on Broadway in 2011. The show, which was written in part with the creators of the animated TV series South Park, is currently sweeping the nation -- largely considered the most popular show next to Hamilton (tickets available). The show's average price on the Broadway secondary is $298, while its touring counterpart averages $229, a decent-sized jump considering the show's popularity. 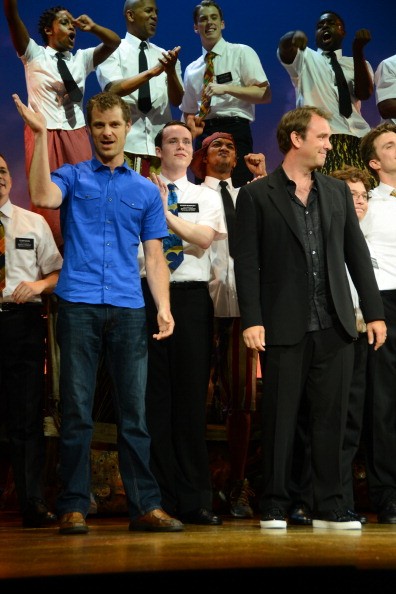 The Phantom of the Opera, the longest running Broadway show in history, has a very low price on Broadway, with tickets averaging $189 on the secondary market. The show's touring version, a North American tour from 2014-2016, has proven pricey before. However, this tour's tickets average about $280 on the secondary. This spike in price difference is the highest during its California tour stops, where it averages about $426. It's around $212 for the other cities, spiking in San Antonio, Baltimore and Omaha.

Tickets for Broadway touring shows tend to be higher on the west coast than on the east coast, correlating to how far the Great White Way is from cities like Los Angeles. Another influencing factor could be the cost of travel to these shows, which makes it more worthwhile to see the touring production rather than the original Broadway version. Of course, this isn't to discourage fans from taking in the spectacle that is Broadway. For some fans, it may be more cost effective to see the show while on tour. There are still famous actors that tour with Broadway shows, including Abby Mueller (Kinky Boots) who is currently starring in the touring production of Beautiful: The Carole King Musical.