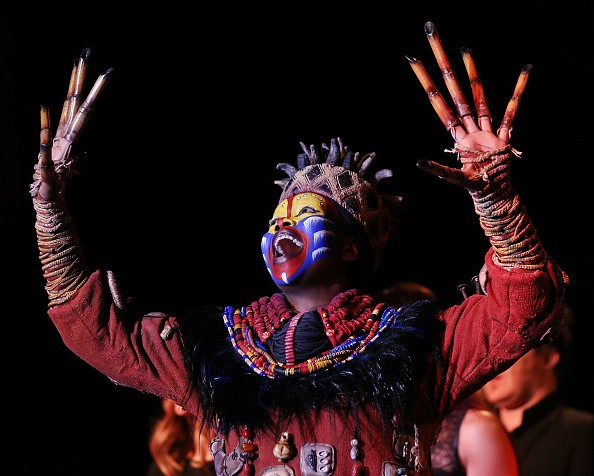 Based on the much beloved 1994 Disney film, The Lion King musical has been wowing audiences on Broadway (first at New Amsterdam, now at the Minksoff Theatre) for 17 years. And yes, here in 2015, it is still generating record ticket numbers at the box office. In 2014, the show became the most-watched musical of all time. Present estimates suggest some 75 million people across the globe have had the chance to witness this mind-blowing production on tour. 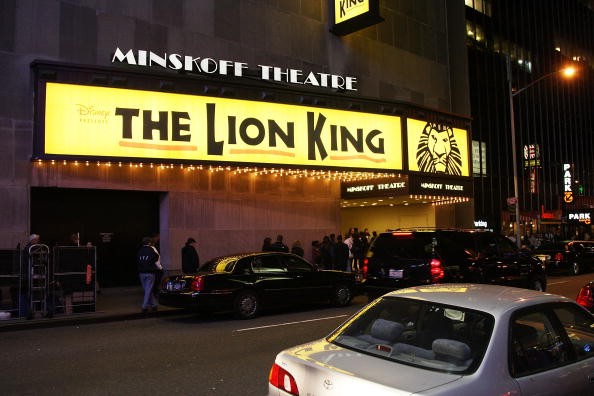 (Photo : Stephen Lovekin/Getty Images)
The Minskoff Theatre advertises 'The Lion King' on West 44th Street, between Broadway and 8th Avenue, prior to the dimming of their marquee lights in honor of actor Paul Newman on October 03, 2008.

The Tony Award-winning show debuted in Minneapolis in 1997 and is now Broadway's highest grossing show ever, with still more uncharted territory to venture into. This year's tour features new stops in cities such as Basel, Switzerland, Mexico City and even Perth, Australia. Currently on its Australian tour, tickets for the Perth shows sold out insanely fast--now found mostly via secondary ticketing portals. And according to reselling platform Ticketbis.com, the average price to see the The Lion King musical in Perth is $156, with a get-in price of $83. Australian performances are significantly cheaper on the secondary market than ones in the U.S., for example, which are averaging $154 compared to $230 on Broadway, according to Ticketbis and TiqIQ figures.

However, the lowest prices yet seen for the King are for the Brazil tour, with tickets averaging $86 (while featuring get-in prices as low as $22 on the resale market). Compare this to the peformances in Mexico--where a ticket for the Telecel Theatre in Mexico City can cost up to $300--and you'll find that prices in Latin America will vary greatly depending on the country.

Europe, meanwhile, has seen more accessible prices over the years. For example, in Spain, the average price for a seat to watch the event is $110.

As Ticketbis also notes, sales typically peak during the months of November, December and January. 40% of Lion King sales in cities such as Mexico City, London and Madrid are generated during late fall and winter seasons, as young and old alike take advantage of the holiday deals to see the show, no doubt poised to break even more records this year.

Boost in Broadway Ticket Sales This Holiday Season: 'The Lion King' Remains No. 1 While 'The Elephant Man' and 'The River' Recoup