With the turn of the calendar to a new month, it means new shows will be debuting on Broadway. Of course, it also means the closing of a few more. As the start of September rolls around, the Broadway community will witness the final bows of three big Broadway productions: Hedwig and the Angry Inch, Mamma Mia!, and On the Town. All three have been struggling to sell tickets for some time now. And as they do say, all good things come to an end.

With those ends, though, come new beginnings.

In the month of September, four shows will begin previews: Spring Awakening (September 8), Old Times (September 17), The Gin Game (September 23), Dames at Sea (September 24). Of these three, The Gin Game has the highest secondary market ticket average at $217, according to TiqIQ.

Secondary prices for Spring Awakening, on average, come in second at $205. While there is not a very high anticipation value, remember, when Hamilton first began previews, it averaged around the same--before skyrocketing to over $400 once it officially opened. Fans and producers alike will no doubt be interested to see just how much each of these show's prices adjust once the performances begin in earnest. 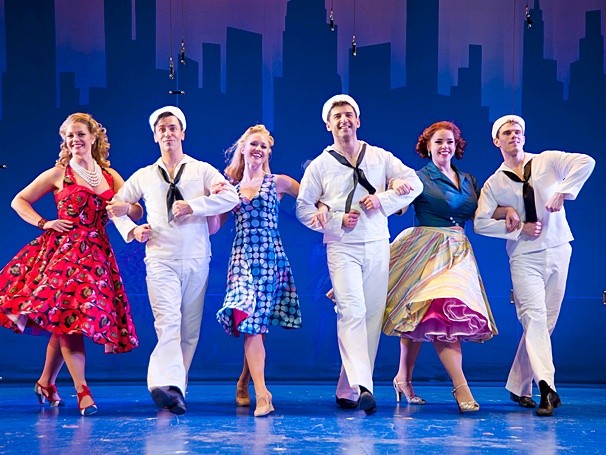 (Photo : Getty)
The 70th anniversary production of 'On the Town,' in previews, back at the Lyric Theater.

Mamma Mia! has been on Broadway since 2002, delighting audiences both young and old with the music of ABBA. And it's done well for itself, currently averaging $184.73, again according to TiqIQ. There's been a slight decrease in price over the last week, but still, it's a more expensive ticket than On the Town and Chicago on the secondary.

Meanwhile, On the Town has seen a huge jump over the past week due to its newest star. Ever since Misty Copeland announced her upcoming Broadway debut with the production earlier this summer, the average price has jumped over 25% on the secondary market. For two months straight, the show averaged just over $140. Currently, On the Town tickets are listed at $176.90 through the end of its run. However, even with that bump, On The Town is still one of the least expensive shows on Broadway.

It will close its doors on September 6.

Also closing next month? Alas, Hedwig and the Angry Inch. The show will end care of its final Hedwig, Rent alum Taye Diggs. The production opened to rave reviews; in fact, it once was the hottest ticket in town (with Neil Patrick Harris as the original lead). The production has seen an increase in price on the secondary market over the last week in anticipation of its closing. Last week, the median price was $199. And as of Thursday morning, Hedwig tickets on TiqIQ are going for $208 through its close, ranking No. 13 on Broadway by average price.

Hedwig will lower the curtain for the last time on September 13.

Can 'School Of Rock,' the Musical Cast by Andrew Lloyd Webber, Punch Its Own Broadway Ticket?