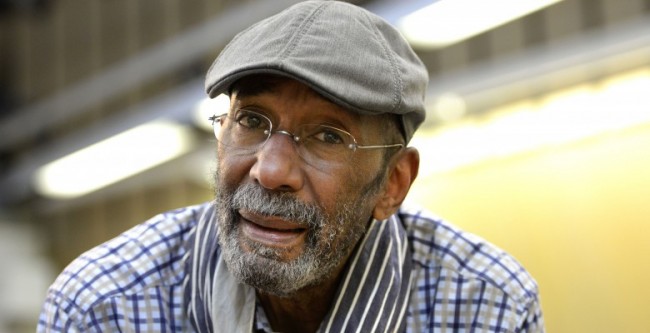 For the first time in the illustrious career of acoustic bassist Ron Carter, 10 of his original compositions are fleshed out by an extended orchestra. (In 2011, he formed Ron Carter's Great Big Band but did not concentrate on his own compositions.) My Personal Songbook, by Ron Carter and The WDR Big Band, is an absolutely gorgeous affair, colored by the ever-shifting shapes of brass, woodwinds, percussion and, of course, his trend-setting, always evocative stand-up bass. This magnificent upright bass, by dint of its pure physicality alone, is impressive and foreboding. Carter, though, at 78, still possesses the kind of manual dexterity to make this tall elegant wooden and stringed instrument his bitch. He plays it like no one else...ever.

Carter has big hands. He has long fingers. When he solos, it's like a spider on a mission, or an octopus on parade, tentacles reaching and unerringly finding the perfect note every time. Add arrangements by The WDR Big Band's Richard DeRosa and you've got a swingin' manifesto of cultural import. All 10 tracks are meaningful to their author and he explains why in an accompanying DVD that gives insight into the tunes.

When Miles Davis put together arguably the greatest quintet in history with bassist Carter, drummer Tony Williams, saxophonist Wayne Shorter and pianist Herbie Hancock, he knew what he was doing. They all became giants. And we're all the richer for Carter, Shorter and Hancock still being vital in creating new music. My Personal Songbook is only the latest for what has to be considered something of a renaissance for these three in the last few years. Carter, especially, has been ubiquitous. The man has appeared on over 2,500 recordings. He has even allowed his bass lines to be sampled by hiphop artists, becoming a vocal supporter of new musics all over. Just listen to The Low End Theory by A Tribe Called Quest.

Carter will be taking his act on the road in a flurry of configurations. He'll be with his quartet Sept. 25 and 26 in Cambridge, Massachusetts. Oct. 3 he'll be with The Catskill Symphony in Oneonta, New York. After Germany and the Czech Republic, he'll spend the last five nights of October with his nonet at Birdland in New York City. You want to know what low end theory means? Come join me at Birdland. You can buy me a drink.