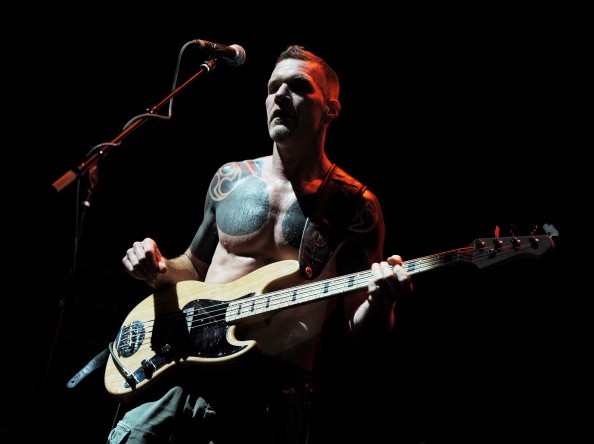 Much in the same vein as his musical endeavors, Tim Commerford of Rage Against the Machine and former Audioslave bassist went on about his ideas on conspiracy in within the U.S. government. He even went so far as claim that a worldwide conspiracy created the terrorist group, ISIS.

A self-proclaimed "conspiracy theorist," this would not be the first time Commerford sounded off his gripes publically. Initially, he made an off-color comment about Limp Bizkit and other rap-rock groups who borrowed the Rage formula.

However, that was before his political views came to light in Rolling Stone. "Question everything," he says to the Stone, and perhaps it is he who we should question first.

Commerford stated in the Free Thought Project, "I don't believe that all the different factions in the Middle East have gotten together and said, 'Okay, we all hate each other and we all hate America, so let's all put on the ISIS uniform and join forces and just become ISIS.' That's a bunch of shit. I don't believe the Jihadi John beheading video. Go look at those videos and study them, and see if you don't think they're fake. We created Jihadi John and ISIS so we can go drop bombs. I think it goes so much deeper than just the U.S. government. It's the same people that put presidents in office all over the world. It's a global conspiracy of people whose names we'll never know, but they're the ones who really run the show because they're the ones with the deepest pockets."

Opinionated yes, but Commerford has long been known for his views on the political agenda both in the U.S. and all over the world. Circling back to U.S. politics, he took a jab at Republican frontrunner Donald Trump.

"I'll tell you what's going to happen right now," he said. "(Trump) has united these racist people in America to focus on immigration and at the last minute - mark my words - he's going to drop out and he's going to hand the sword over to Jeb [Bush], and Jeb will get all the supporters that Trump has."

Regardless if his views are informed or remotely legitimate, his remarks have been a topic of discussion and have garnered him an exclusive in Rolling Stone.

In the meantime, however, stay up on Commerford's most famous endeavor and be sure to "Sleep Now in the Fire."

"Be sure to vote for your favorite celebrities at the 2015 MT Buzz Awards. If you share your vote on Twitter, using #MTBuzzys, then you will be automatically entered in our contest to win a $25 Amazon gift card."