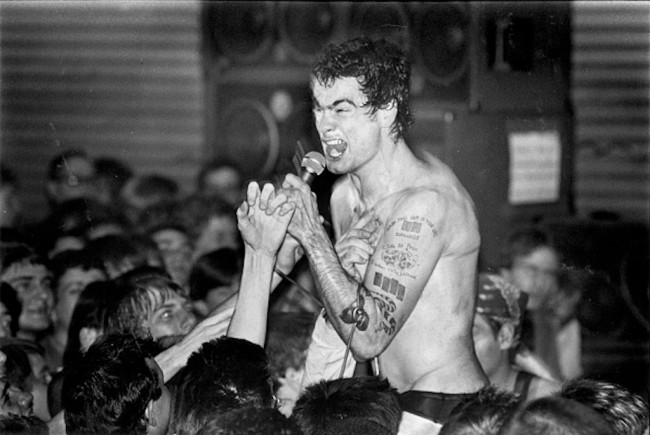 Husband-and-wife violin duo, String Noise, has announced an upcoming album entitled The Book of Strange Positions. The disc is notably going to feature violin renditions of punk songs and will be released on Northern Spy.

The duo have announced that the new album will drop on November 27. As the couple have noted, the new release can purchased two ways: as a super hip awesome pre-orderable cassette deck or digital download.

Tiny Mixtapes writes of the release: "TBOSP contains 11 songs - and ZERO APOLOGIES, a**hole - in a 'mix of classic punk covers' (of the likes of Black Flag, Bad Brains, Violent Femmes, Radiohead and Half Japanese) and 'original arrangements' of music by composer Eric Lyon. For example, one of the tracks, 'Violent Phase,' 'applies phasing techniques common in early music by Steve Reich' (such as Violin Phase, the basis for the portmanteau title) to melodies from the Violent Femmes' song 'Blister in the Sun.'"

According to their website, String Noise has dubbed themselves as an "enterprising violin duo" in the classical underground of New York City. The duo are violinists Conrad Harris and Pauline Kim, who have likened their unique sound to a repertoire of over 30 new works written specifically for them.

The group debuted at Ostrava Days 4 years ago, in 2011. They were also highlighted in Performa 2011 and were the featured ensemble for the launch of Composers Collective.

If you haven't heard the group, preview their sound below. And be sure to check the track listing beneath the vid.

The Book of Strange Positions: