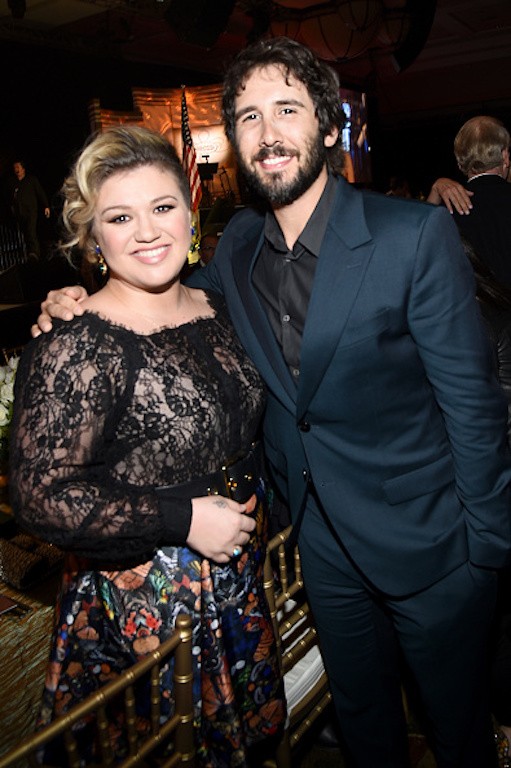 Josh Groban and Kelly Clarkson are made for each other in their cover of "All I Ask of You" from The Phantom of the Opera. Say what you will about Andrew Lloyd Webber, this PBS performance is worth a few listens. The performance initially saw light on Groban's latest album Stages. He and Clarkson performed the Phantom hit with ease, with Clarkson venturing into a new area with her voice.

And as one would imagine, the result is a star-studded rendition of a classic track.

Groban even commented on the recording to Billboard.  "I just have always felt like [Kelly's] voice could do it all, and she certainly has proven that she likes to take risks. I was excited by her excitement; she loved theater and loved that song and wanted to take a crack at it. And, like, that night she sent me an iPhone demo of her singing it; she was like, 'What about this? Is this gonna be OK?' I thought, 'Oh my God, people are gonna be shocked when they hear you really open up on this,' because she can do it."

While the recording may have been captivating in its own right, the live performance has a different color to it. Groban sits well as the baritone of course, but Clarkson takes the song to a new height.

The performance was part of Stages Live, a PBS special about the Stages album, which is an homage to his love for Broadway musicals.

For now, Groban will be touring Stages in select cities across the U.S. See below for performance dates.

Until then, here is the Groban-Clarkson rendition of "All I Ask" to keep you contained for the time being.

Josh Groban Poised to Peak Billboard 200 at No. 2 with Latest Album 'Stages'